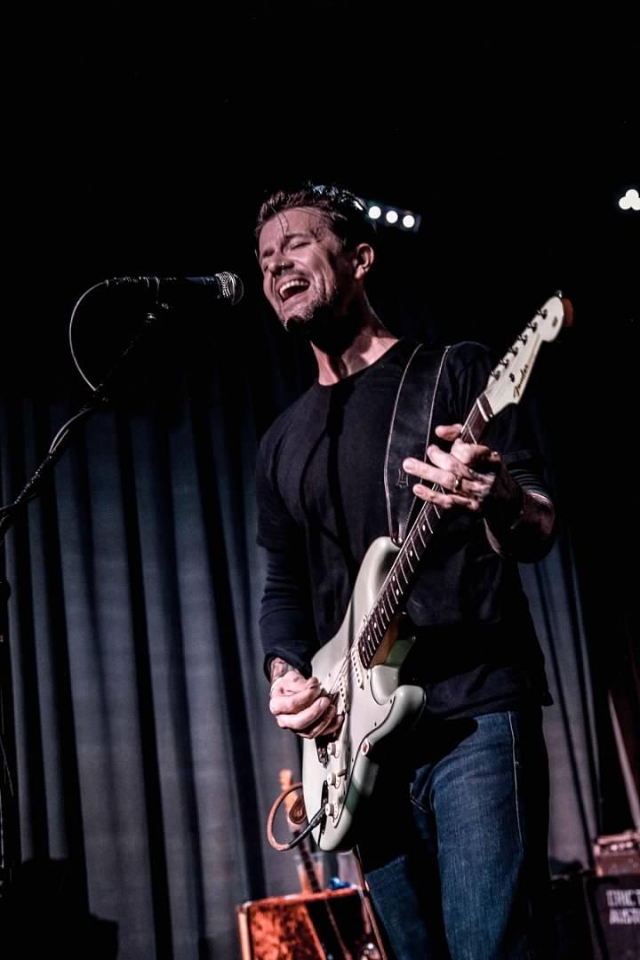 Last spring, when it became clear that COVID was going to grab the throat of some number of Austin music venues and force their heads into a filled bathtub … Christ, maybe I’ve overdosed on “Forensic Files” in quarantine. Anyway, after the disease took hold and the bar body count started, I knew I wasn’t going to write an obituary for all those fallen spaces.

Who even knew how many there’d be, of course. And how many venues could I pay tribute without recycling the same flavors of show memories, and the same discouraged, nostalgic, “aww, I remember when” tone? It would get old in a hurry. That’s why, up to now, I’ve only paid tribute here to Shady Grove.

Time to write a second tribute to a COVID-victimized venue, and it was one I didn’t expect to be making: One-2-One Bar, which won’t reopen under current ownership and is being sold. (I suppose that doesn’t necessarily mean it’s gone for good, but let’s sadly presume it dead.)

I didn’t expect to be writing a eulogy to One-2-One for two reasons. For one thing, you just never know who’s going to be forced to close and who isn’t. I have no access to anybody’s balance sheets and less than zero business guesstimation tools to speculate on which bars are absorbing this brutal year better than others. The second reason I didn’t expect One-2-One to be my next venue eulogy: Despite living roughly five minutes away, I simply didn’t go that much.

But the few memories I will take away — one in particular — make it worthy. Cutting to the chase: Last December, I saw my wife perform there. I can say that about no other venue, unless you count when Ron Gallo handed her his unplugged guitar during his off-the-rails finale at Barracuda during SXSW 2018 (RIP as well, Barracuda).

Nicole has played guitar off and on for a long time. At the cajoling of a guitar-playing and songwriting friend who’s a veteran of Mandy Rowden’s popular and well-regarded Girl Guitar program, Nicole signed up with our friend for a six-week class with Mandy — and Girl Guitar’s usual concluding showcase at One-2-One.

Here, I’ll stop to note what I believe One-2-One truly represents when it comes to Austin music: Even the bars located in strip malls can be genuinely credible music venues. Where I originally come from, bars in strip malls and shopping centers are generally dives, and nothing more — not “classy dives,” “dive-plus,” “dive with a difference,” or any number of other terms I’m concocting just now. Those places may not necessarily be dirty, but they don’t feel clean. The lighting offstage is meager, and onstage it’s just functional. The acoustics are also functional at best. You wouldn’t expect to see a well-produced livestream take place at any of them, like Xumo TV did last November at One-2-One for Eric Tessmer (top photo) and Torino Black.

No, One-2-One was a South Lamar strip-mall wonder, a dive on the classy end of the spectrum with good acoustics, good stage lighting and the charm of the best small venues. Yet, once you walked in for the first time, after seeing a storefront that suggests a narrow, rectangular space, you wondered how it possibly turned out to be that “big.”

Nicole and our friend’s Girl Guitar duo got a two-song set, and they each picked a song for which they would sing lead. Nicole picked Jewel’s “You Were Meant For Me.” Her partner picked a then-newcomer hit in Maroon 5’s “Memories.” For weeks, incessant listens from practice sessions meant they were the only songs I had in my head. When showcase day arrived last December, they did their thing. In front of probably a couple hundred people, my wife conquered a mountain she was truly nervous about scaling. I was proud as hell, and while the crowd of Girl Guitar students, friends, and family was predictably supportive, I have to think the intimacy of One-2-One itself plays a role in helping nervous, novice performers succeed.

One-2-One was that kind of place, really: Big enough and tightly run enough to feel like the real venue that it was, small and intimate enough to not yip out a stage newcomer. It represented how sophisticated music spaces can be found anywhere in Austin. I miss it already.

Now… as for recent music, I’ve got all kinds of catching up to do. In an achingly, thoroughly 2020 injury, I tore a pectoral muscle recently and am typing (carefully) with one arm in a sling. Life has gotten in the way of blogging, and so has immobility. But here, for now, are some thoughts on one recent record and two recent track releases by some of Austin’s highest-profile local talent. (As usual, albums get reviews on a 5-star scale, but individual tracks don’t get an objective star rating.) I’ll probably feel obligated to play some serious catch-up toward summer’s official end, but what’re you gonna do? Turns out mesh and velcro can really hinder a blogger.

Sweet Spirit, Trinidad
Thinking of Sabrina Ellis these days, I think of Jack White, Ty Segall or even simply the title of the film “Conan O’Brien Can’t Stop.” Like White and Segall have become famous for, Ellis just keeps on churning out new music, in different bands, incarnations, and collabos. A Giant Dog is raunchy, rush-y punk-pop, Sweet Spirit is (or has been) more classic rock ‘n’ roll condimented with a swirl of different genres, and there’s also Heart Bones, Ellis’ collaboration with Minneapolis’ Sean Tillmann that dropped its first album earlier this year. And then there’s Sabrina Ellis’ Velvet Nudes, which debuted on New Year’s Eve and includes two A Giant Dog bandmates. That’s four, in case you’ve lost count.

Ellis has been busy, not to mention emotionally searching during a journey to discovering a personal identity of gender-queer, non-binary, and they/them pronouns, announced on Instagram at the end of 2019. Yet with all that, they can avoid wheel-spinning and take a sharp turn with their existing projects. That’s what Ellis and Sweet Spirit have done on Trinidad, putting a new coat of electronics, beats and pop polish on their sound in their debut for Merge.

That could’ve resulted in a dilution to something ranging from disappointing to disastrous. It didn’t. I love this record.

While all the new bells and whistles work out well, it’s really the musical variance, catchy tunes, and Ellis’ sweet voice pushing Trinidad over the top. “Fear is a Lie” springs to life as an old-school Tegan & Sara-reminiscent alt-pop-rock anthem, with Ellis rejecting fear-driven inhibition during a rise to a cathartic peak. With no loss in cohesion, “No Dancing” switches gears to a synth-y, beaty girl group sound, and on “Fingerprints,” Ellis delivers a coy, sultry vocal performance alongside slinky bass and sax. Those three tracks and “Llorando” form the album’s outstanding heart, with the latter boasting driving synth-and-bass, a Spanish-English lyric and a sweeping melody that similarly reflects Ellis’ Mexican-American roots.

Little dropoff emerges on the rest of this 9-track semi-masterpiece.  Even when the beats are standard fare, such as on the electro-bumpin’ “Y2K,” Ellis’ ethereal melodies and intriguing poetry are elevators: “Put away your lipstick/loneliness in pocket”/”I think it’s toxic/When you’re the man on the marquee/When you’re the man on the moon/I hadn’t noticed you talking/The night had ended too soon.” The closer, “Empty Bottle,” speaks to Sweet Spirit’s continuing versatility and both its past and present, throwing in some danceable trad-funk with synth-pop and lines that seem to speak to Ellis’ personal journey: “You put me in a corner, baby/I’m crawling my way out.” This album suggests there really are no corners or bottles containing Sweet Spirit. Trinidad is tremendous. ****1/2 stars out of 5

Tameca Jones, “IDK” — Anyone else, upon seeing the initialism “IDK,” immediately think “my BFF Rose”? Probably just me, because virtually no one else has cell phone commercials from the late ’00s floating around in their head. Anyway, Tameca Jones being able to handle pure pop will come as zero surprise to anyone who’s familiar with Austin’s Empress of Soul. The sultry, arresting funkiness, range and phrasing she displays in her live shows has always suggested an endless versatility, including when she covers classics outside the soul realm like “Bennie and the Jets.”

“IDK” is a very modern pop song, throbbing with sexuality and filled with emotive desperation underpinned by dark beats. Jones sounds at home with this style, and it works: You certainly believe her elegant, elongated moans of “Don’t know what to do” and the abrupt phrasing finishers that follow it on the chorus.

Yet, there’s a sense that here, the Empress doesn’t move to distinguish herself from the modern popstresses whose realm she’s joining. “IDK’s” atmospherics first and most prominently made me think of Zella Day’s 2015 minor hit “Hypnotic,” and her delivery, skilled and powerful as it is, could be mistaken for a lot of people — something you wouldn’t say if you were led blindfolded into one of her live shows. If this offering is part of a committed shift in Tameca’s career, it’s a promising and enjoyable start. But there’s still plenty of room for her to find her own pop voice.

Heartless Bastards, “Revolution” — Wow. Well, this is a way for a band to return after a five-year hiatus. Singing in her lowest register, and channeling the spirit of social-change rock of the late ’60s and folk of forever, Erika Wennerstrom leads us through a summation of … now. 2020. This screwed up, absurd, scarcely-believable-if-we-hadn’t-already-conditioned-ourselves-to-believe-it world.

It appears Heartless Bastards are resuming with some new players; other than Wennerstrom, bassist Jesse Ebaugh is the only previous Bastard on “Revolution.” Sonically, the song’s apparent kinship with Wennerstrom’s wonderful 2018 solo album, Sweet Unknown, is a welcome one. It wasn’t always this way, and doesn’t have to stay like this, Erika reminds us as she and her Bastards churn through a slow-building folk-rock power ballad where those classic influences find a timeless fit in the insanity of the present.

Out of context, the repeated chorus of “The revolution is in your mind” could come off as tired sloganeering, a phrase John Lennon or the Jefferson Airplane would’ve worn out around 1971. But between Wennerstrom’s ominous, commanding delivery and the lyrical call to action that fills out “Revolution’s” superb verses, that chorus joins the whole package as a fairly jarring six-minute awakening.

“Where you going, my friend,” Wennerstrom asks. “Have you forgotten when/There was a time when false information wasn’t so rampant in the sphere/A time when you weren’t questioning everything you hear/Do you remember, do you remember?” Mesmerizingly, she covers many of society’s ills in an economy of words, with the assault on truth taking her most concentrated shots: “Constantly being advertised a life commercialized and disguised/As happiness in pills and potions fancy threads and cars in motion/Hypnotized by gilded lies to line the pockets of so few/While hungry politicians feed bullshit to the masses/To ensure their statuses and further divide the classes.”

Yet, there’s hope here, too. There’s a ton here: Nostalgia, bitterness, and an attempt to motivate the chronically discouraged and disillusioned, all wrapped up in one of the best songs of Heartless Bastards’ highly distinguished body of work. If “Revolution” were more studio-polished and radio-friendly, it could serve as someone’s campaign song. As it is, take it as one for yourself. That’s what Wennerstrom seems to want for it.