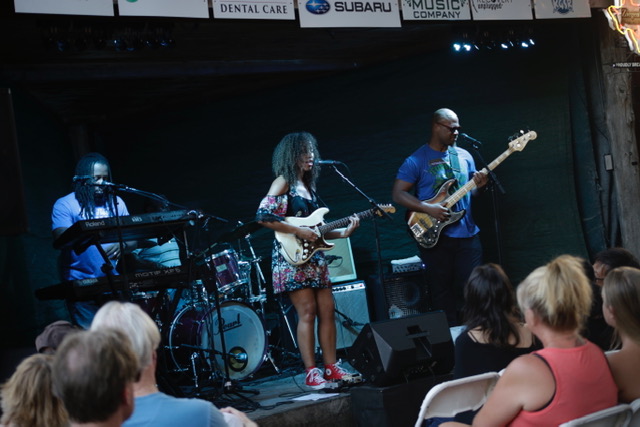 I’d be disingenuous if I wrote about Shady Grove as though I’m an Austin long-timer, or as if I made Unplugged at the Grove a personal weekly ritual each summer. In fact, now I’m cursing my inability to make it out there more often.

So I can’t write about Shady Grove’s permanent closing, announced Monday, from either of those perspectives. But I can write as someone who, in six years in Austin, enjoyed the hell out of approximately seven trips to Shady Grove, whether for music, food, or both. And implicitly, I planned on more. A lot more.

Shady Grove was my first lunch as an Austin resident. It’s the first place I witnessed Jackie Venson’s magical dexterity and smiling, irresistible vivacity. My wife and I met a new and eventually close friend there while Alejandro Escovedo slammed out his working-man’s garage rock about 90 feet away. Their chicken-fried steak was nails.

Now, it’s gone forever. Two months of pandemic astonishingly wiped away 28 years. Its demise is the second major shoe COVID-19 has dropped on Austin’s live music scene following last month’s announcement about the original Threadgill’s. There will, undoubtedly and depressingly, be more. For now, this is depressing enough.

Matthew Odam, writing Shady Grove’s obit for Austin360, nailed the place as well in one sentence as anyone could: “Shady Grove may not have been the most critically acclaimed restaurant or the city’s premiere music venue, but it was much more than the sum of its parts.”

In a word, affirmative. My first Unplugged at the Grove, Shinyribs on the Thursday of 4th of July weekend in 2015, was spent in a sightline straight to that obnoxiously obstructive tree in the middle of the patio. I could see virtually nothing and couldn’t make out any of Kevin Russell’s frenetic crowd-working, save for a few occasions when the word “Austin!” was in there. That trip became more social occasion than music outing.

Yet, Unplugged was special. That was clear: The picnic atmosphere, the free admission, the agreeable summit of those who were serious about the music and others who just wanted to hang amidst a chill crowd in the summer humidity. Collecting those people in a place where everyone in attendance could actually hear the music (and could get there without any trouble), Unplugged at the Grove was everything Blues on the Green should be.

Subsequent times I had at Unplugged were even better. Even if you weren’t near the stage, it was a sublime institution, a built-in “place to be” with the simultaneous feel of a summer block party and a micro-festival. Venson was equal parts guitar virtuoso and cheer-spreader in 2018 (top photo). Escovedo was aged-rocker cool. Bee Caves, which played the only Unplugged show I arrived at early enough to get a seat in the first couple of rows, played a really nice set of indie rock in 2017, and now, as a direct result of Shady Grove closing, I’m wondering whatever happened to them. (The internet and their social feeds don’t seem to have answers.)

But hitting harder than the fact I won’t add to my handful of musical memories at Shady Grove is the uncertainty about what this means for the rest of Austin’s live music mainstays. If Shady Grove isn’t immune to permanent closure, then what local live music institution is? Is it ominous in particular that Shady Grove was doing takeout and delivery during the lockdown, and still couldn’t push forward? On its face, it seems like it.

The uncertainty is without limits. Now, the radio silence on social media from other hallowed locales of live music — not naming names so as to not unwittingly start rumors — seems all the more scary. Now, I’ll take any tiny positive sign that we’ll preserve as much as of our world as possible. Today, I got an email from Patika, that unassuming recto-cube-y coffee shop on South Lamar with no live music, indicating they’ll be announcing reopening plans soon. That has to be a positive we can vaguely extrapolate into a vision of a return to relative normalcy … right?

I don’t know. And it truly hurts to not know. What I do know is that I did love Shady Grove; this is the first venue obituary in the history of Ear Traffic ATX; and I’m praying I won’t feel compelled to write more before 2020 is out.