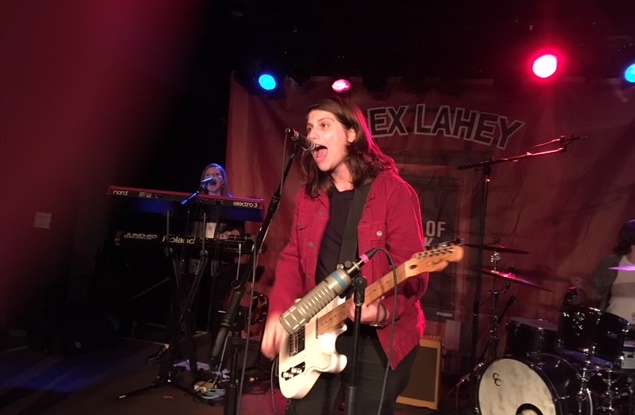 Took me a little while to finalize Ear Traffic ATX’s HI-35 for 2019. I’ll offer no extensive year-summing preamble for my annual ranking of the year’s best tracks (as opposed to my previous ranking of my favorite tracks by local artists, which are also eligible for this list). I’ll just note the criteria: Any song that first saw the light of day in 2019 is eligible, with just a little wiggle room for recordings that may have first been heard very late in 2018 (21 Savage’s “a lot,” for example, technically fits this category).

In that vein, I’ll also note that some songs that deservedly dominated 2019 ears, and probably would’ve otherwise made the list — basically, a couple Lizzo megahits — aren’t here by virtue of birthdate. “Truth Hurts” is a 2017 song. “Good As Hell” is a 2016 song. They’re not here. Another spoiler alert: “Old Town Road” isn’t here by virtue of sucking.

I’ll simply list my selections up through #11, at which point I’ll elaborate on each of the tracks that reached my top 10. After digesting my picks, be sure to check out the embedded playlist below that includes each track of the 2019 HI-35.

21. Purple Mountains, “All My Happiness is Gone”

10. clipping., “Blood of the Fang”
Dense, political and industrial-grade noisy, “Blood of the Fang” is searing “horrorcore” from an L.A. hip-hop trio. It’s a charged black-struggle encyclopedia that manages to invoke the words and images of figures both ubiquitous (Malcolm X, Barack Obama) and less well-known or forgotten (1960s civil rights activist Stokely Carmichael). The aggressive approach both sonically and lyrically (blood is invoked again, and again, and again) will either wear you into happy submission or into flight. For me, it was the former. Either way, it’s challenging music.

9. Orville Peck, “Dead of Night”
All things considered — “all things” meaning the music and his unique packaging — Orville Peck is fascinating. The Canadian cowboy keeps his identity unknown behind an eerie, fringy mask, and intones dark, traditionally informed but off-center C&W in a baritone somewhere between Johnny Cash and Conway Twitty. A unique alt-country voice is always a welcome sound, and “Dead of Night” is a film-noiresque gem, something to absorb while deep in thought in a barely lit den.

8. Karen O and Danger Mouse, “Turn the Light”
One of the century’s best female rock voices, and arguably the most versatile, Karen O added another fine entry to her catalogue with Lux Prima, her strong collaboration with work-with-everybody producer Danger Mouse. Among several standouts on Lux Prima, “Turn the Light” is a melodious earworm with one of Karen’s best, most refined vocals of recent vintage and polished but unintrusive production by the Mouse.

7. Bleached, “Hard to Kill”
It’s probably a trite question at this point, but will rock bands like Bleached ever be Big-with-a-capital-B again? It’d be nice. Undeniably catchy and danceable, “Hard to Kill” would’ve almost certainly been a huge honkin’ hit if it were Blondie (whom it’s reminiscent of) and this were sometime around 1978 (the year Parallel Lines was released). Sisters Jennifer and Jessie Clavin just have a way with creating rock ‘n’ roll you want to turn up. Turns out they’re very hard to kill? That’s good to hear.

6. Charly Bliss, “Capacity”
Charly Bliss’ entire sophomore album, Young Enough, was wonderful, with rough guitar, buzzy synths and the high-register, precisely enunciated vocals of Eva Hendricks belting out catchy tunes and soul-baring lyrics all over the place. “Capacity,” the album’s first single, was a declaration of personal growth and giving oneself a break that anyone can relate to — even those who want to get to that point but aren’t there yet. The imaginative and rhythmically delivered word choices (“Sever every microscopic atom to ‘I can barely keep myself afloat when I’m not saving you'”) and the simple self-discovered truths (“I’m at capacity, I’m spilling out of me/It’s got nothing to do with me”) help make it a synth-rock classic.

5. Of Monsters and Men, “Alligator”
Roaring in with one of the year’s most pounding, car-ready alt-rock songs, we’ve got … Of Monsters and Men? “Alligator” gets some extra points for the pleasant-surprise factor, because it’s scarcely hard to believe this is the work of the same band that released “Mountain Sound” and hit the Top 20 with “Little Talks,” two chamber-pop staples from earlier in the decade. Hearing the usually mannered Nanna Bryndis Hilmarsdottir bellow a tension-releasing “And now I lose control,” while actually sounding like she might lose control, is a real kick. OMAM basically channels Joy Formidable here, and the result is impressive.

4. Sharon Van Etten, “Seventeen”
Remember when Sharon Van Etten was a new and improved Mazzy Star? I sure do, because I saw her live in 2012 (eight years ago? For friggin’ real?) and she had that moody, mannered, alt-folky thing going on. Even her most aggressive numbers had a little something dialed back. She’s broadened her palette and put on some musical muscle since then, which her early-2019 offering Remind Me Tomorrow reminded you of again and again. Van Etten still drifts off into airy directions sometimes , but she’s also a confident anthem-eer now, somebody who sings with more assertiveness and is happy to occasionally fill your speakers. Beating gently and heavily at once, with electronics screeching from beneath the floorboards, “Seventeen” has a Springsteen-like nostalgic quality to it, and Van Etten drives it to an undeniably moving climax.

3. DIIV, “Skin Game”
“We live to use and we use to live.” “They gave us wings to fly/But then they took away the sky.” After all these years of rock songs about battling addiction, it takes a lot for one to truly stand out, because let’s be honest: They’re a dime a dozen. But this classically indie-sounding single from DIIV’s album Deceiver is uncommonly poetic and uncommonly singular in its point of view. DIIV singer-guitarist Zachary Cole Smith checked into inpatient treatment just under three years ago, the latest struggle in a troubled history that included a 2013 heroin arrest and a previous stint in rehab. Buried just beneath a quietly sticky guitar hook and “Skin Game’s” indie fuzz is an account of Smith’s harrowing personal journey packed with both insight and wisdom.

2. Vampire Weekend, “Harmony Hall”
Father of the Bride, Vampire Weekend’s double-disc followup to 2013’s Modern Vampires of the City, may not have been as consistently great as its predecessor, but its best tracks (like aforementioned psychedelic wigout curveball “Sunflower”) were right up there with VW’s best. On first listen, “Harmony Hall” may sound like just another good song that follows the Modern Vampires blueprint … but Ezra Koenig, man. The guy who hit an astounding songwriting peak with the likes of “Step” and “Unbelievers” did it again here. There’s no ranking forthcoming from me of the best pre-choruses of 2019 (because, who would do that?). But if I had to, Koenig and “Harmony Hall” probably earn it for this: “Anger wants a voice, voices wanna sing/Singers harmonize ’til they can’t hear anything/I thought that I was free from all that questionin’/But every time a problem ends, another one begins.” Other sections have a Dylan-ish echo to them. “Harmony Hall” is polished and perfect.

1. Big Thief, “Not”
Six minutes of Adrianne Lenker telling us everything it’s “not,” and we never find out what it is. This exhaustive compilation of negativity is the best track of the year? Affirmative. Lenker’s moody low-key wail is alt-folk at its most hypnotic. Whether this elimination diet of people, places and things (“It’s not the room/Not beginning/Not the crowd/Not winning/Not the planet/Not spinning”) is Lenker having an epiphany or desperately grasping for one, it’s hard to say. What I can say is that Big Thief, and Lenker in particular, are something special, and “Not” is the most special thing they’ve done so far — even without any answers. To borrow a phrase from the old Kanye, everything it’s “not” makes it everything it is.