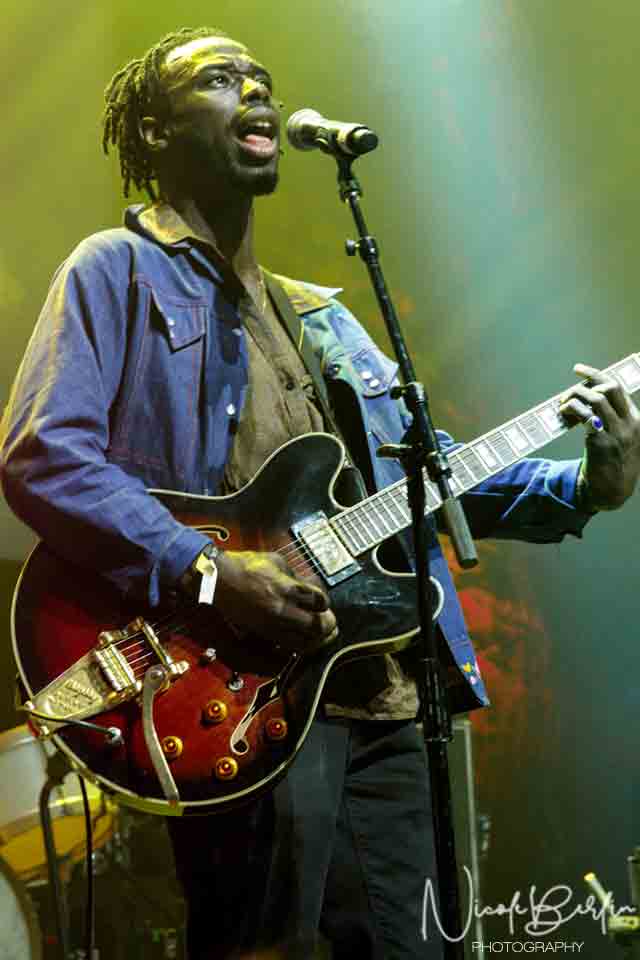 Always arguable, but always fun: Year-end lists are a jam of mine. Here are my 15 favorite tracks by local artists in 2019, with a few honorable mentions to kick us off.

The ground rules are simple and to be interpreted broadly: Any artist generally associated with Austin residency is eligible, no matter what degree of fame they’ve achieved. Yes, Willie Nelson, Spicewood home and all, is eligible. Yes, Gary Clark, Jr. is. And Spoon (but “No Bullets Spent,” their only new track of 2019, doesn’t make the cut here). And there’s a little bit of wiggle room for songs to have been released very late the previous year, but not much. Hey, these lists are for fun; don’t sweat the details. Counting backwards from 15, these are one person’s favorites of the year that was for Austin music. After perusing the countdown, check out the embedded Spotify playlist containing these tracks.

15. Blackillac, “Hitman”
Longtime local rapping buddies Zeale and Phranchyze have something good cooking with Blackillac, which features Clark as a sometimes-producer and performer. They released a string of singles during 2019 ranging from good to excellent, and “Hitman,” a trappy midtempo burner reminiscent of 21 Savage, was arguably the most resonant. The line “we only know to attack” might seem ironic given that this isn’t one of Blackillac’s more aggressive offerings, but it’ll sound great either at a party in your car.

14. A Giant Dog, “Black Mirror”
As both a fan of boundary-pushing art and a believer in rock staying away from a certain level of prog-ish pretentiousness, my feelings on Arcade Fire are a little complicated. The short answer, though, is that I’m not a fan. A Giant Dog’s cover of AF’s entire 2007 album Neon Bible could’ve gone either way — loving tribute or Sex Pistols “My Way”-style sardonic demolition — and I probably would’ve been happy, because AGD’s punk-pop rush is in my wheelhouse. As it turned out, they covered Neon Bible with reverence rather than ridicule, while still flexing their heavy-distortion muscle and unleashing the wailing force that is Sabrina Ellis. The opening track on the album, “Black Mirror,” blows out your speakers without giving AF and their fans an FU.

13. Willie Nelson, “Come On Time”
Gloriously, Willie is still on Earth at 86. Also gloriously, he’s still writing and recording good music. It’s hard not to be moved and inspired by the way he’s plugged away as both a performer and as a living being, with periodic health scares making millions hold their breath. In “Come On Time,” one of his original compositions off this year’s Ride Me Back Home, Willie inspires even more by saying some of the quiet part out loud. He challenges that monster known as Time (“I’ve beat you before … what have you got for me this time?”), calls it his friend, curses it (“the more I reject it, the more that it kicks in”) and resigns himself to it (“looks like you’re winning the race”). It’s a gently chugging C&W tribute to wisdom of age and the mortality we all face.

12. Walker Lukens, “We See U”
Dedicated to quirk and songcraft, Walker Lukens has proven that when he records, something interesting is going to happen. “We See U,” off this year’s Adult, is an intriguing blend of Bob Moses-ish electronics and Lukens unmasking a fraud: “Maybe we got that memo wrong/Maybe we got it all right … We don’t see you like you do/We see you/We don’t see you like you want us to.”

11. Charlie Faye and the Fayettes, “I Don’t Need No Baby”
“How could a girl like me not want a guy like you?/Get a clue.” Retro sound, modern sense of independence. Here, Charlie Faye and the Fayettes ride their smooth ’60s-girl-group balladry groove with a sentiment rarely if ever heard from the Shirelles or Ronettes, whose “Be My Baby” is a clear source springboard for this track. Faye sings as a woman not emotionally defined by the presence of romance in her life — gasp — and the Fayettes are the supportive besties backstopping her.

10. Mean Jolene, “Glory Daze”
Try Harder was an excellent second record for Mean Jolene, a power-pop/borderline punk-pop band with equal force of melody and guitar power. “Glory Daze” is a fuzz-drenched but tender tribute to life-changing friendship and love, with Jolie Cota Flink’s high-register delivery both commanding and vulnerable.

9. Moving Panoramas, “ADD Heart”
Just giving it up for well-wrought songwriting suffices sometimes, and that doesn’t just mean a good lyric, either. It also means appreciating a crisp, airy melody, which Moving Panoramas and songwriter/vocalist Leslie Sisson churn out as well as any alternative band in Austin. At its core, “ADD Heart” is a “how do you really feel about me?” song, and yes, there are tons of those. But its insistent beat, atmospheric vocal and instrumental hooks and clever lyric made it a standout of the Panoramas’ second full-length, In Two.

8. Teenage Cavegirl, “Space Girl”
The primitive garage cool of Teenage Cavegirl is irresistible to anyone who believes in rock ‘n’ roll stripped to its barest elements. In the case of Cavegirl, that means lo-fi production with a singing standup drummer and one guitarist (both wearing sunglasses), with a heavy nod to punk’s roots. The rip-roaring love with which singer/snare-banger L.A. and guitarist Andy Ray execute their “trash-bop” made Candy Cigarettes my favorite local album of the year. “Space Girl” is derivative but deadly, featuring a guitar riff reminiscent of “Secret Agent Man,” a primitive beat and a threatening yet dismissive vocal, all wrapped up in less than 1:45.

7. Abhi the Nomad, “Jungle”
Every musical piece of “Jungle” — from the Link Wray/Duane Eddy-ish twangy opening note to the funky bass underpinning to Abhi’s smooth-yet-elastic delivery — demonstrates why he’s one of the best and most sonically well-rounded rappers around. The opening track on his excellent second full-length, Modern Trash, “Jungle” finds Abhi seemingly foreseeing his big career rise and fall yet to come, in which he’ll be chewed up and eventually spit out by a once-adoring public. That blessing-and-curse forecast doesn’t seem terribly farfetched for a performer with Abhi’s upside.

6. Black Pumas, “Colors”
As Black Pumas continue their rocket-ship ascent to Grammy nominees and who-knows-how-far-else, “Colors,” off their strong self-titled debut, may be replacing early local hit “Black Moon Rising” as their signature song. They performed “Colors” on “Jimmy Kimmel Live,” and now it’s on a friggin’ Bank of America commercial. Like the talented guys who birthed it, Adrian Quesada and Eric Burton (top photo), it deserves the attention. It’s an uplifting soul anthem with Burton’s vocal sitting somewhere between Otis Redding and Marvin Gaye. But though it was a standout off the debut, in my ears it wasn’t the standout. Stay tuned.

5. Los Coast, “Graves”
To my ear, there’s plenty of multi-faceted interpretation to be heard in the words of Los Coast’s “Graves,” a soul-rock reflection-fest that will produce feels for anyone “caught between youth and your older age.” If “Come On Time” is the octogenarian’s perspective on aging and mortality, “Graves” is at least partly an examination of trying to learn from your mistakes before it’s too late. “Old habits tend to die hard/Never thought I’d make it this far/Used to let down my guard/Ended up with graves in my yard.” Sounds … just a bit regretful.

4. Jackie Venson, “Witchcraft”
Every time I listen to “Witchcraft,” the biggest achievement of guitarist extraordinaire Venson’s electronic turn thus far, it gets better and better. The layered, polished production marrying her walloping chords to drum reverb and synth-y and talkbox-y asides nets an ’80s radio rock-reminiscent finish, but one that’s guaranteed to hold up better than most tracks of that era’s ilk. And the lyric, a poetic ode to female rights, may be the best of Venson’s career so far. (“So time after time, we had the power/But no chance to shine/Only to be devoured/Waiting patiently for things to change/Well now change has come/Prepare for the wave.”)

3. Gary Clark Jr., “This Land”
Narrowly ahead of Venson, my Best Local Social Commentary Track award goes to Clark, who blends his trademark nasty guitar work with a direct manifesto on blackness in America that A Tribe Called Quest would be proud of. The opening verse sets the tone and then some: “Paranoid and pissed off/Now that I got the money/Fifty acres and a model A/Right in the middle of Trump country/I told you there goes a neighborhood/Now mister Williams ain’t so funny/I see you looking out your window/Can’t wait to call the police on me.” The stomping indictment of America’s enduring bigotry continues for nearly 6 heavy minutes; you can even hear it in Clark’s biting solo lines.

2. Teenage Cavegirl, “Area 54”
With no shame, I ask for more of that sweet, sweet trash-bop. For garage-guitar purists, Ray’s work in “Area 54” has it all: fuzz, crunch, and a straight-ahead solo. And Area 54, as brought to life in L.A.’s intermittently intelligible vocal, appears to be a clever amalgam of Area 51 and Studio 54 — an “alien dance floor” in the desert with “brown-eyed girls, men in black, UFOs parked in the back.” For a band like this, the campy subject matter could hardly be more appropriate.

1. Black Pumas, “Fire”
Seeing as the Pumas were on fire all year — with a vicious accelerant spreading their sound all the way to the ears of Grammy voters — this seems a coincidentally appropriate choice. The best track on their self-titled debut is sonically perfect soul, with staccato horns and dark, low-toned guitar interjections co-existing flawlessly with Eric Burton’s unbelievably smooth and dynamic delivery. Are there more thought-provoking lyrics in other songs on this list? Sure; words-wise, this is merely a solid soul song in the spirit of many predecessors. But wonderful musical execution and production elevate it to something special.