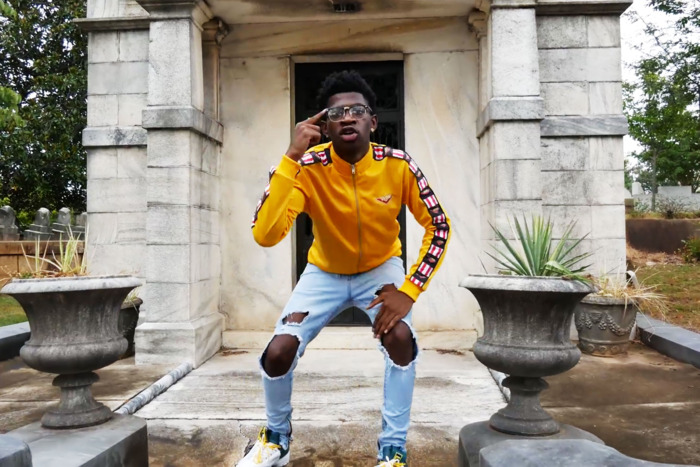 Ever heard of Hasil “the Haze” Adkins? Unless you’re a serious music historian or record collector, there’s a good chance you haven’t.

Adkins was a West Virginia country boy who recorded a unique sort of rockabilly in the ’50s and ’60s that could easily be seen as proto-punk in both sound and attitude. The lyrics and general tone of some of his songs probably would’ve gotten them banned from radio if anyone outside moonshine country knew who he was; he found no commercial success. But thanks to a cover by the Cramps in the ’80s and the development of the strand of punk known as “psychobilly,” Adkins (who died in 2005) got discovered/rediscovered and earned a late-in-life cult following, by which point his newer music had long since gotten less noisy and more conventional.

Adkins’ early output retains interest because it’s both ahead of its time and largely out of place in that time. He made actual primitive, weird noise music at a time when it was rare, virtually nonexistent. Uptight, God-fearing adults of the mid-’50s through the mid-’60s thought that the likes of Elvis, Chuck Berry and, later on, the Rolling Stones were sinful ear assaults. But they would’ve lost their shit if they ever heard the obnoxious sex noises Adkins makes in 1964’s “She Said,” for example. Or “No More Hot Dogs,” which is about decapitating his girlfriend and mounting her head on the wall. (Speaking of hot dogs, Adkins wrote a lot of songs about food, especially chicken. He was an odd dude who lived an eyebrow-raising life roughly analogous to that of Jerry Lee Lewis.)

Problem with Adkins’ early music is, it sucked. There’s that curiosity value of hearing somebody be this noisy and weird, knowing it was in an era when the world wasn’t ready for this. But when you get past that — much like the proto-heavy metal of early Blue Cheer — you’re left with something of musically historical interest you wouldn’t just listen to and enjoy.

Which brings me to “Old Town Road,” the country-trap phenomenon that just recorded its record-tying 16th (seriously, !!!) consecutive week at No. 1 on the Billboard Hot 100.

I want to root for Lil Nas X. I want to because “Old Town Road,” in its original un-remixed incarnation, was unceremoniously and controversially pulled off the country chart, and because he had the stones to quickly come out as gay while straddling two genres that aren’t known for non-hetero acceptance. Also, Nas seems like he’s handling all this attention incredibly well at age 20. And — here’s where I’m really going — I want to root for him because, like Hasil Adkins 60 years ago, he’s doing something different. Popular music, and the charts in particular, desperately need something different. And his rise has been a history-lesson opportunity for people possibly unaware that, both musically and socially, black culture and cowboy culture haven’t always avoided intersection. (Far from it, in fact.) All that means the rise of “Old Town Road” has real value.

But at risk of trying to say this in too flowery a way, “Old Town Road” … is not good. It’s a novelty, and not one that holds up on repeated listening. Miley’s Dad roaring back virtually out of nowhere to help vault the song to No. 1 just adds to the sense that “OTR,” if not accepted as satire, was created to be a strong contender for a musical Razzie Award.

How is “Old Town Road” not only a huge hit, but a historically huge hit? I still don’t quite get it. I don’t know if anyone does. What I’m hoping for, though, is that it paves the way for something better — that someone, whether it be Nas, his contemporaries or both, reimagines this template into a truly electrifying strain of modern popular music.

In that vein, I listened to Lil Nas X”s month-old debut EP, 7 EP, hoping it might contain something that illuminates his plan and vision for whatever this is — a more serious, sustainable riff on the “Old Town Road” theme. It doesn’t. There’s “Rodeo” with Cardi B, which, as its title might suggest, is also a country-hip-hop number (now at No. 60 on the Hot 100 as I write this). Does it seem to be playing it straighter than “Old Town Road”? Yes. Is it any more cohesive as a country/hip-hop blend? Slightly. Is it any better? Not appreciably, if at all. And in fact, other than “Rodeo” and both the original and mega-hit versions of “Old Town Road,” the EP shows zero commitment to a countryfied direction for the popular rap game, or vice versa. On the other five tracks, Nas simply effs around with rock, pop and conventional hip-hop/trap (and not with any particular success). Eclecticism ain’t no sin, but the EP tells us nothing about where “Old Town Road” might take us.

So, what might other artists be serving up in this vein? Well, since the emergence of “Old Town Road,” we now have this — “The Git Up” by Blanco Brown, which has now cracked Billboard’s top 20.

I will say, granting that the bar is extremely low, I do like this better than “Old Town Road.” America won’t agree with me, because there’s pretty much no way we’ll see as big a hit single as “OTR” for a long time. Is “The Git Up” basically a goofy country line dance? Undoubtedly. But there’s a certain retro-charm simplicity in the idea that people are still making dance songs that, lyrically, are simply all about the dance. The production is more cohesive, more organic. And to my ear, it’s more genuine. Maybe it’s because Brown hasn’t put out an EP where he’s musically all over the place like Nas has — but with what little he’s put out there, he seems more committed to realizing this style, more committed to making it work.

However, is this the realistic ideal? The full potential of what Nas has unleashed? Because I have faith, I’m going to say no. Hasil Adkins paved the way for much better music than his. So did Blue Cheer, and the trashy glam-proto-punk of the New York Dolls. So did a bunch of hip-hop’s earliest forebears.

Assuming “Old Town Road” is truly groundbreaking, good for it and good for Lil Nas X. But how do you weigh “groundbreaking” vs. “good”? Let’s face it, we’re staring at a future (probably as soon as the mid-’20s) where people will look back at “Old Town Road” like they look at, oh, Toni Basil’s “Mickey” or Miley’s Dad’s own “Achy Breaky Heart” — songs where you look back and say, “How in the friggin’ hell was that such a huge hit?”

So while I get more and more tired of “Old Town Road” (predictably, the coffee shop where I wrote this played it as I did so), I’m hopeful that someone will step up and and actualize this relatively unexplored direction for music and radio. If popular music is going to ride this horse till it can’t no more, let’s see some scenery on the way that will stand the test of time.