The first thing you notice about Jackie Venson performing live is that she’s full of life. Pogo’ing up and down onstage, slipping huge smiles through her curled hair again and again, getting visibly overtaken by whatever her songs stir in her at the moment she’s singing them – she’s the kind of performer you would want to like regardless of how her music was treating you.

Fortunately, her music is plenty good. That’s why she’s made a local splash in the last couple of years, and why a large Unplugged at the Grove audience welcomed her July 5 at Shady Grove, where she and her band cruised through an enjoyable set.

The second thing you notice is that Venson can play some sizzling guitar. If she has to be genre-categorized in three words or less (everybody has to be, right?), you might call her soul-rock first, and then mention her prominent blues-rock side. But her most impressive moments on guitar cast her as a classic-rock descendant. She can take off on a Van Halen-esque speed solo one minute; other times, she’ll give off a hard-edged Jimi Hendrix vibe. She’s been compared to Gary Clark, Jr. before, and that’s fair, too.

But the last big thing you notice is related: Venson’s versatility. Reggae-inflected songs like recent single “Don’t Lie to Me” fit in easily with hard-rock stompers like “Fast” and numbers leaning more toward straight soul. If you ever get wary of seeing or listening to someone whose songs all sound the same, that will never be a problem with Venson, who switches between genres on a whim and exudes bright, infectious feeling while doing it.

Venson has room to grow as an artist, particularly with some of her lyrics. But the musical dexterity and life-affirming energy were a constant during her Grove performance, and that’s what really counts when you’re in front of the people. She’s rising for good reason, and it’s a good time to catch her live and be able to say, “I saw her when…” 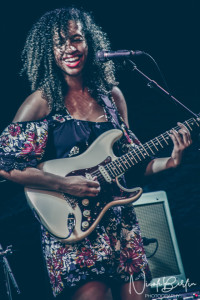 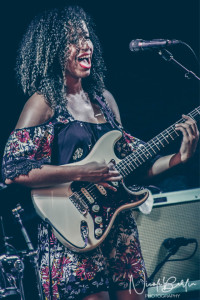 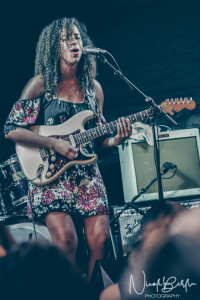 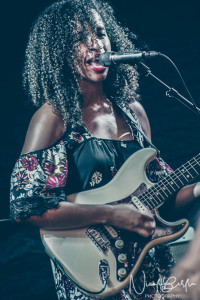 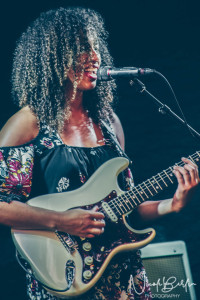 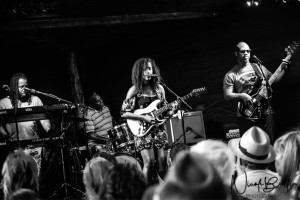