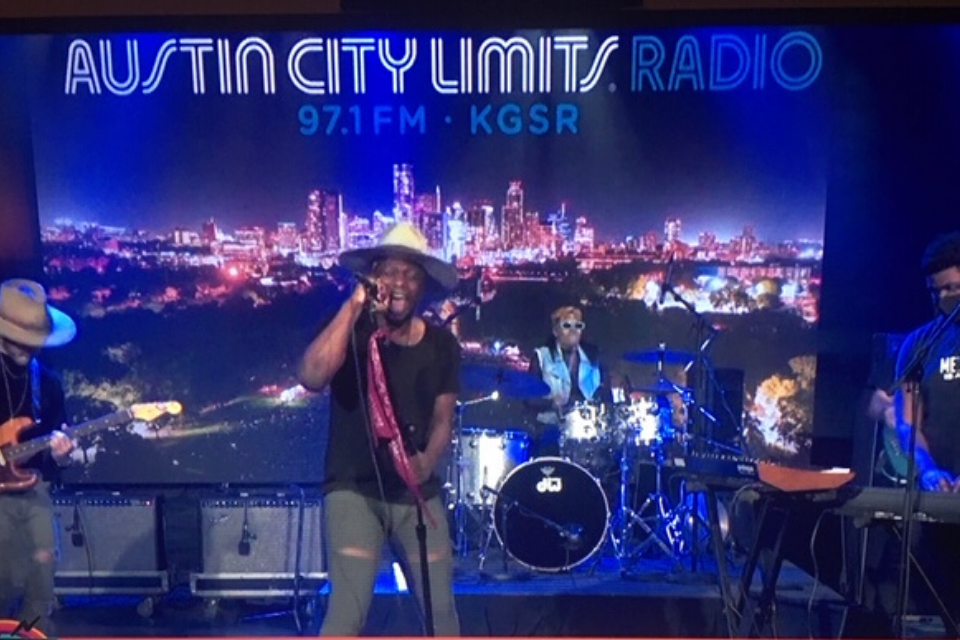 When I reflected on the all-Black Blues on the Screen show that Jackie Venson put together to air last Wednesday, I realized the biggest reason I enjoyed it so much wasn’t the most obvious one. That is, for me, the reason the show achieved its full potential wasn’t the fact that local musicians representing the most systematically oppressed group throughout American history got a two-hour block to show their stuff. That was extremely cool, sure.

But the biggest thing was how varied that “stuff” was.

Venson, in fighting for and winning the chance to curate an all-Black lineup, was promoting enduring future diversity by giving an underrepresented group a chance to rule the night under the COVID-era version of the established Blues on the Green brand. As previously noted, Blues on the Green hasn’t exactly been a model of minority showcasing in recent years.

So the night was devoted to Black artists — specifically, Miss Lavelle White headlining, and preceded by Alesia Lani, Kydd Jones, and Sam Houston & Blk Odyssy. But it was the diversity — that is, the musical diversity — that made the two-hour Fox 7 show extra-special.

Venson’s picks for the night demonstrated not just a showcase for Black artists, but a statement about how talented Black artists exist in every genre. It wasn’t just about getting Austin’s Black artists on your radar. It was also about driving home the point that Black music crosses the boundaries of whatever stereotype or hole you try to pigeon it in. It can be anything.

White — who just turned 91 — is Austin (and Texas) blues royalty, representing so much of the roots of the three younger openers. More than 60 years after her recording career began with a run of singles for Duke Records, she still performs regularly (in a pandemic-free world, anyway) and still sings with commanding authority. And when a nonagenarian sends you a musical message to “keep your mask on,” you better listen.

Rock ‘n’ roll? Six-plus decades after it started as a Black art form, then quickly got popularized and monetized by white artists and tastemakers while Black artists often reaped relatively meager (or no) windfall, it’s rare to see Black artists associated with the genre. No less an authority than Quincy Jones told Vulture in a rather wild interview two years ago, “Rock ain’t nothing but a white version of rhythm and blues, motherfucker.” So that’s why Sam Houston & Blk Odyssy (top photo) may have been the highlight for a rock ‘n’ roll lover like me.

Houston and Co. simmer and explode with a soulful, Zeppelin-ish rock power with songs like this year’s “Floating.” True to the spirit of rock’s commitment to world-moving, Houston made the most overt political statements of the program, from declarations of “I can’t breathe” to a slow-jazzy spoken-word piece: “This is the story of a young black, shot down with no gun in his hand, his mother starts to cry. … So his mom screams, ‘Why? Why me? My son had a college degree. God-fearing, prayed on two knees, but these things those cops can’t see.'” Houston & Blk Odyssy might’ve delivered the most important set of the show: In addition to the power of their commentary, their very presence was modern stereotype-shattering.

For hip-hop, you had Jones, a talented emcee who’s released five singles during this most impossible of years. And Lani, a velvety-piped R&B songbird, was there to supply BOTS’ soft side with some bedroom-appropriate smoothness — except for a crescendoed call for Black freedom and Venson’s walloping guest appearance for stomping new rocker “Breaking Me Down.”

Collectively, the lineup seemed a reflection of its creator, really. Venson’s not a rapper, but her own music is a little bit of everything else her BOTS bill had to offer — rock, blues, soul, R&B. Consciously or not, this Blues on the Screen was effectively a natural followup to her call last month for Austin bookers to do a better job showcasing Black artists; the varying musical styles made a statement that Black talent exists for any type of venue or festival to book. It wasn’t just a bill with four good Black artists. It was a synthesis of the Black talent that Austin boasts across all genres.

Wednesday’s entire Blues on the Screen show is available on YouTube, below.