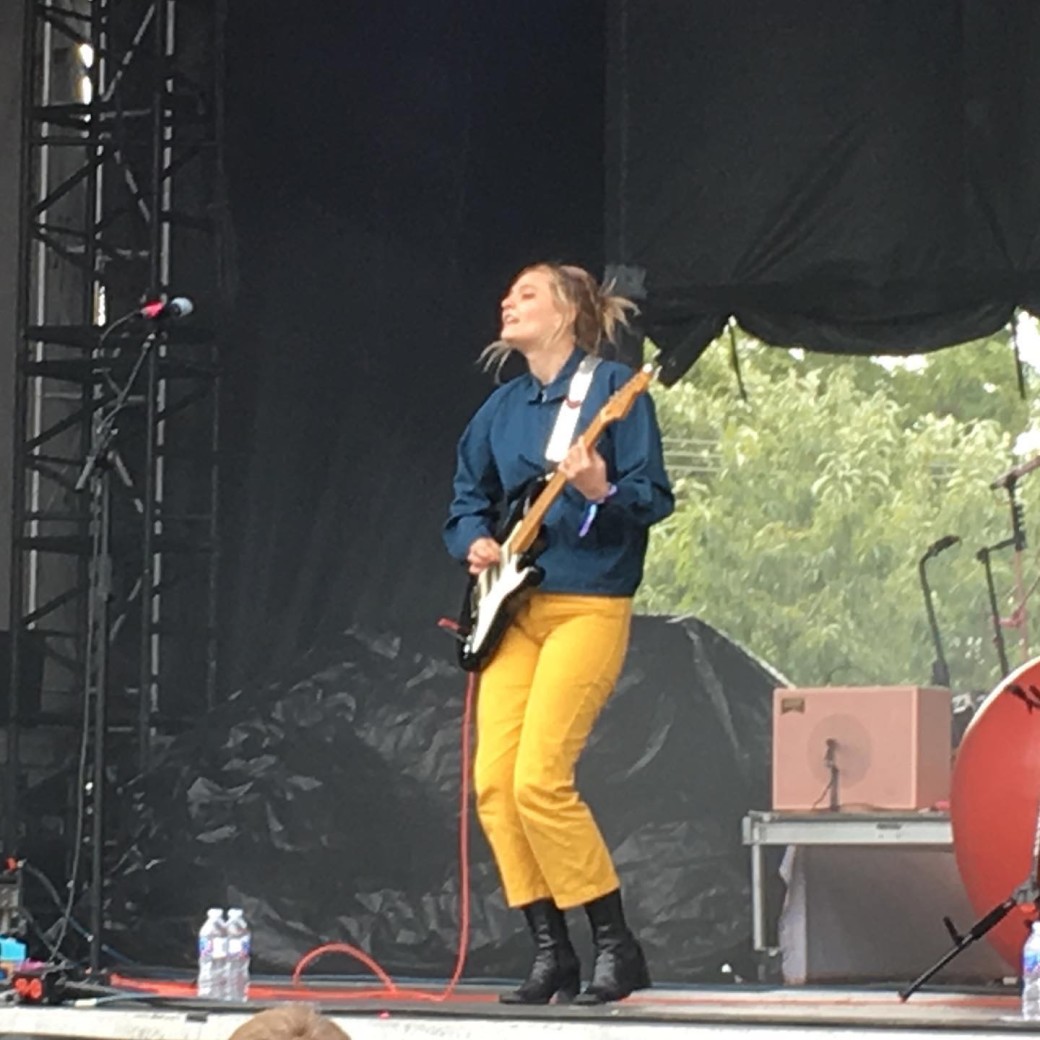 The fear was that Day 1 would be miserable. Ultimately, it was more refreshing than anything.

According to an unimpeachable source — a guy on the 803 bus, one of those randos that gives you the impression he just lives on the bus system and constantly strikes up conversations with strangers — Friday was the coldest day in Austin City Limits Music Festival history. He’d, y’know, heard that somewhere.

Was it really? I haven’t seen confirmation yet from Albert Ramon, Jim Spencer or anyone else who would actually know. But given that both weekends of ACL are usually an exercise in slow-cooking, it’s entirely plausible. The overnight temperature drop that left parts of Friday in the 40s — the 40s! — surely has no equal since I arrived in Austin a little over five years ago. And the early afternoon at Zilker Park had the makings of ACL weather lore. Wind pummeled you in the open spaces north of the flags. A raindrop or two taunted us with what could be coming. The video boards that accompany most of the stages stayed cautiously lowered toward the ground, presumably out of caution that the wind might cause another Indiana State Fair-type tragedy. For me, the self-second-guessing started about whether the long-sleeved tee and hoodie I had on were enough.

Then — well, somewhat remarkably, it was fine. The wind settled down and had little or no impact on any of the performances I witnessed. Crowds warmed each other up by mere presence. The temps reached a tolerable level and stayed there. Real rain never materialized, and even the tiniest sliver of sun peeked out in late afternoon. Fall, y’all. Somehow, it came, and knew when to dial itself back.

ACL 2019, Weekend 2, Day 1 will always be memorable both for what it was — a comical temperature plunge virtually no one was prepared for — and what it wasn’t: Miserable. I’m a warm-weather lover. But if you’re not over the record-breaking highs by now, well, you must be an out-of-town visitor from, say, North Dakota or Greenland. This was a refreshing shift.

There was great music, too — lots of it. As was the case last year, I’ll have a full recap once the festival’s over. For now, here are a few of my favorite song performances from Friday, with YouTube links to official or lyric videos.

K. Flay, “Champagne” — The energy in K. Flay’s late-afternoon set was remarkable, with the pounding anthems “High Enough” and set closer “Blood in the Cut” both reaching the onstage heights her fans would expect. But “Champagne” stood out for displaying her ridiculous high-speed flow. It’s impressive enough to hear it on record; it’s another thing entirely to see her do it live.

Raconteurs, “Now That You’re Gone” — Safe to say, a chunk of the huge crowd that turned out for the Raconteurs’ uncommonly loud set did so for some flashy Jack White guitar pyrotechnics. They got plenty of that, of course. On one of the band’s slower performances — “Now That You’re Gone,” off this year’s Help Us Stranger — White’s acrobatic, divebombing solo provided perhaps the strongest reminder that ACL was watching one of this century’s guitar legends.

Cherry Glazerr, “Told You I’d Be With the Guys” — Cherry Glazerr’s Clementine Creevy (top photo) is one of indie’s best young stars, a talented lyricist and guitarist who churns out evocative lyrics with feminist themes and memorable alt-drenched garage riffs galore. The band appropriately closed with this 2016 single, strongly showcasing a little of both those attributes: A stuttering, earworm guitar lick and Creevy’s lyric about, as she told Billboard in 2017, “women having to create space for themselves – politically, economically, and socially.” Creevy’s lyrics are better discerned and appreciated on record, but even for the uninitiated, “Told You I’d Be With the Guys” and the band’s whole Friday set rocked.

Jenny Lewis, “The Big Guns” — A little echo in Jenny Lewis’ voice takes a sublime instrument to a new level. She classily and cheerfully held court on the VRBO stage with a look that channelled Dusty Springfield and stage decor that channelled … well, any funky TV pop performance show of the ’60s, switching effortlessly between indie pop and alt-country, just as she’s done her whole career. “The Big Guns,” a track from Rabbit Fur Coat, her 2006 album with the Watson Twins, was one of her most satisfying alt-country efforts in Friday’s set, riding that echo to emerge as a standout among the likes of “Just One of the Guys.”