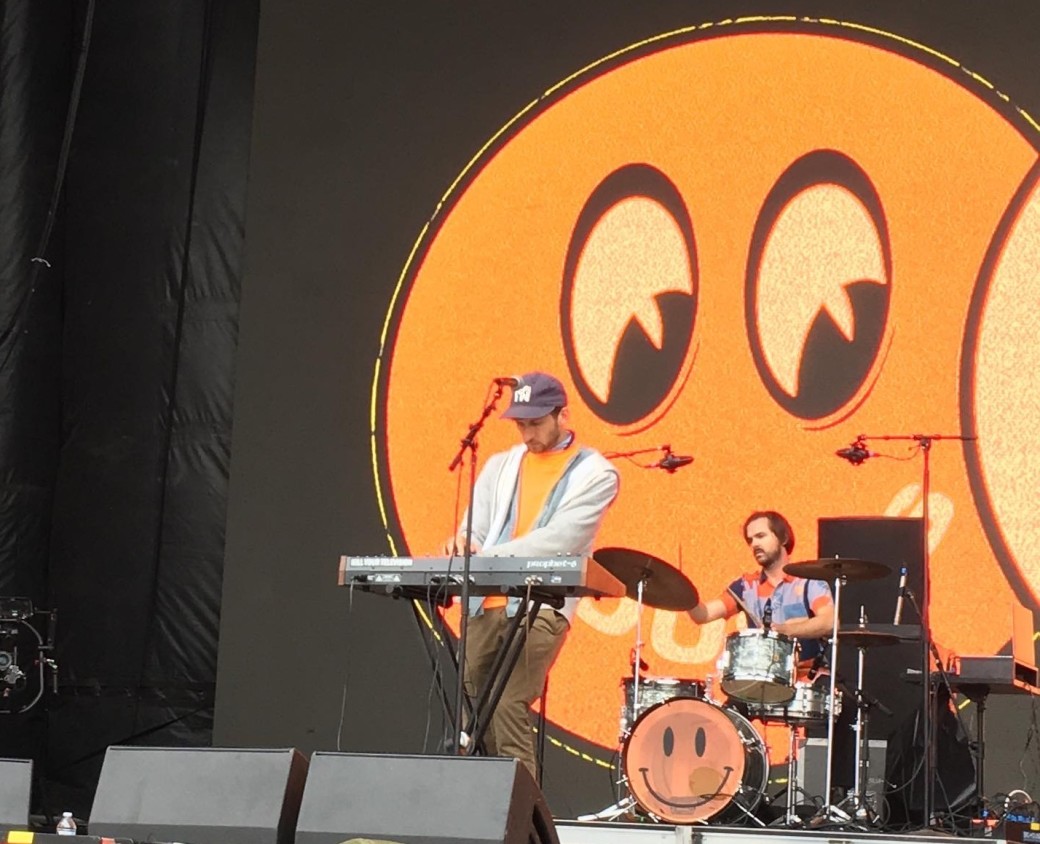 If you listen to Houses, or saw the person/project known legally as Dexter Tortoriello at Austin City Limits Music Festival this year, rebellion probably isn’t the first thing you’d associate with him.

Tortoriello has made atmospheric, ambient house-y indie pop under the name Houses for nearly a decade. On the unseasonably cold Friday at ACL Weekend 2, Houses’ set was engaging — perhaps surprisingly so, given how quiet some of its previous recorded output has been. Backed by his full band, Tortoriello was a likable master of ceremonies, and there was more than enough energy propelling Houses’ most intriguing tunes.

But if you saw it, “rebel” probably wasn’t your first impression of Tortoriello. We generally conceive rebellion as words, gestures and actions lacking subtlety: Middle fingers and shouted slogans and intrusive, abrasive noise. None of that describes Tortoriello or Houses, so the fact that he’s a rebel may slip past you.

Yet, in his own context, he is. Before I saw him perform at ACL, the Chicago-raised Tortoriello explained to me what he’s rebelling against: Authority. Encouraged homogeneity in the business of making music. More specifically, the authority and homogeneity he’s encountered in Los Angeles, where he lived for the last six years or so before recently fleeing the city and relocating to the California desert.

In L.A., he’s encountered a “pseudo-intellectualism about what is music and isn’t music, and why people make things.” As you might gather any time anybody describes something as “pseudo-” anything, he rejects that L.A. mindset.

“There’s this sort of idea in the industry that everyone should be throwing shit against the wall until something sticks,” he said. “And that everyone should be trying every new thing. … It would be like if Vincent van Gogh also was making paint-by-numbers books because he has to. Not that I’m Vincent van Gogh, but there’s probably a Vincent van Gogh sitting in Los Angeles right now doing songwriting sessions with the person who wrote the last Rihanna single … [because], ‘Maybe it’ll go on the Rihanna record!’

“You sort of shape the outcome of a place when you treat all business the same and all artists the same. I just could definitely feel that happening out there. And I’ve always been very rebellious against any kind of — whenever I feel like the head of authority is creeping in, I’m always very, very suspect of it.”

For him, it’s better to be on the city’s periphery, making the music he wants to make, working against that  mindset while at the same time popping in on the city for work and not losing the perspective it can offer. Simultaneously — and perhaps a little paradoxically — Houses is ambling in a more radio-friendly direction.

Recent single “Bad Checks” and “Fast Talk,” the 2018 single that closed his ACL set, have earned deserved college radio play, featuring Tortoriello’s weary voice over carefully wrought sound beds and spoken-word samples. And the rebellious streak is there, too. Lines like “Maybe God is just a cop that we can fast talk” and “Fuck the what’s next, go and cash your bad checks” illustrate that under Houses’ relative breeziness beats the heart of someone who doesn’t want to play by the rules.

Houses is basically Tortoriello, although longtime collaborator Megan Messina is also a constant in the band and Tortoriello says he operates the project as “at-will employment” for other musicians. His songwriting for Houses’ last EP, 2018’s Drugstore Heaven, focused largely on growing up in a depressed area of Chicago that “doesn’t offer a whole lot of hope of getting out. There’s a couple of jobs you can choose if you don’t have a formal education; you can go work in a warehouse or you can go work at Costco, stuff like that,” he said.

“I wanted none of it as a kid and got really kind of heavy into hard drugs and stuff. A lot of my songwriting and a lot of that last Houses EP was kind of centered around figuring out how to find something better after all that stuff: Finding your own answers on how to move forward, and how to put your life back together after you’ve just really fucked it up. And when you’re looking around for answers, people are telling you, ‘Yo, you should get a job at Costco or this warehouse.’ It’s like, ‘Fuck, it’s the same as it was when I chose Plan B last time. It’s no better.’ That’s where a lot of the inspiration comes from.”

Also a producer and writer for such artists as Kali Uchis and Lil Yachty, the 33-year-old Tortoriello counts 1990s German leftist industrial techno-punks Atari Teenage Riot as a major influence, as well as fast-paced drum-and-bass music and the old-school rave scene he grew up with in Chicago. Another of his projects, Dawn Golden, is an outlet for darker, dirge-ier tunes that ooze a love for dissonance and more gothic moods.

While he’s suspect of authority, “I know a lot of other people really aren’t, and it’s sort of sad,” he said. “Because I do see a lot of great musicians and great producers who just end up in the churn of trying to fulfill publishing agreements … and now they have to write pop songs for the next five years of their life, or they’re not getting [paid] any more money. The incentive system out there is pretty weirdly skewed, and it feels like a lottery more than it feels like the creative arts, for me at least.”

When I caught Tortoriello in the car between ACL weekends, he was coming back from El Paso’s famed Sonic Ranch residential recording studio, where he’d been working on new Houses music for four days. He was anxious for a do-over with cooler weather at ACL — the scorch of Weekend 1 had overheated some of the band’s electronic equipment, leading to a performance delay. With temps in the 50s at the set I saw, there were no such problems, and Houses delivered on what Tortoriello said their show would provide: “more fun than people expect and a little bit more high-energy, given that we’ve put out a couple of records that are very slow.”

Sonic Ranch was an experience he was giddy about, and whenever Houses releases its next full-length — there hasn’t been one under that name since 2013 — he believes listeners will hear some new wrinkles. At the same time, he’s mindful of not wanting “to be the band that gets into a big studio and fucking blows it” with greater access to gimmickry.

“I’m used to making most of these things in my bedroom, which is not conveying the quality or anything like that — just [that] I can’t record a drumset in my bedroom, and I don’t have 80% of the cool synthesizers, guitars, basses that I’ve been just screwing around on for four days,” he said. “That’s just always exciting.”