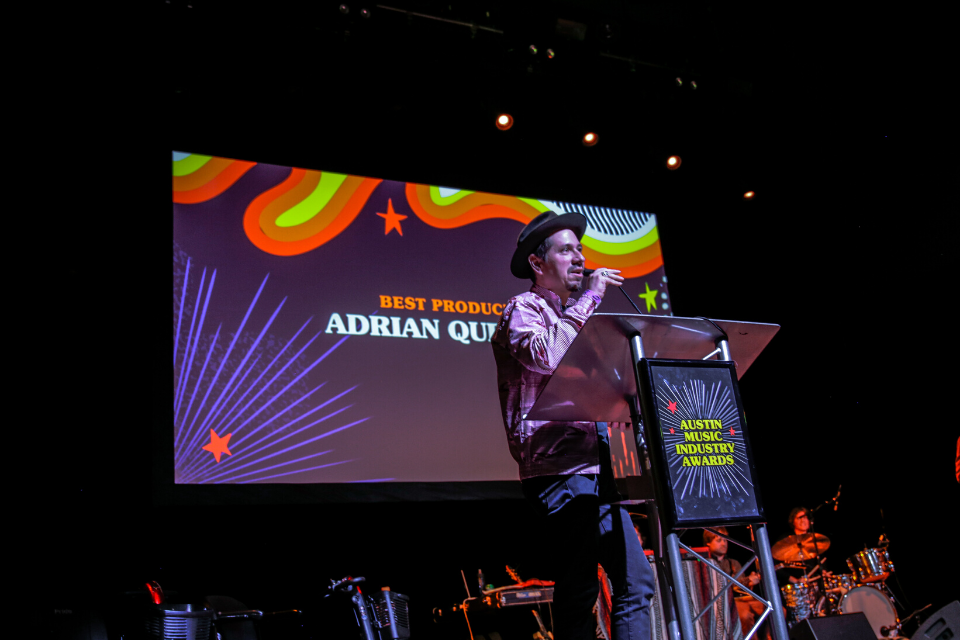 Forgive me in advance for the lack of a firm position in this post reacting to something that, by any measure, is a BFD.

It’s been an interesting past week-plus around Austin, let me tell ya. Before I jump into what everyone in the ATX now has a strong opinion about, I’ll rewind for some personal perspective.

On Monday of last week, I did two things that made me, for the first time, fully cognizant of how I might possibly catch the hot new thing: that news-eating hysteria-maker known as COVID-19, or coronavirus. I’m plenty OK not getting a taste of it, mind you. I’ve missed out on quite a few of the defining flavors of the moment that everybody’s been talking about in recent years — the entire “Game of Thrones” thing, the whole “Avengers” franchise, the inescapable White Claw Phenomenon of 2019 — and I’ve survived these and other newsmakers without FOMO. At this moment, I’m happily punting on “Love Is Blind” and seeing if I can get away with it. Same with coronavirus, which, from the sound of it, might possibly be just as bad.

Anyway, two things from that Monday made me think about it more than before. First, I rode the bus home from downtown at rush hour, the first time I’d been on CapMetro since the COVID hit our shores. Of course it was crowded. Of course a poor older, weatherbeaten, gray-stubbled dude on crutches sat next to me. And crutches aside, he gave some strong hints that he wasn’t at the pinnacle of health otherwise, physically falling into me when the bus took a couple of sharp turns, then struggling hard to right himself. I’m no physician, public health czar or Mike Pence, but I felt like this was a man at risk for contraction and spread.

After I got off at my stop, I wondered how much my infinitesimal odds of catching coronavirus had risen. Thirty percent, perhaps? Maybe 20? Even if so, they’d remain infinitesimal, but still … don’t inhale or absorb these bus-people’s essences, Joey, you dipshit. You don’t know where they’ve been.

Second, later that evening I went to the Austin Music Industry Awards at Emo’s. A little more on the AMIAs later. But for now the point is, with a few hundred people together to honor industry standouts — albeit in a space that more than holds them — you couldn’t help but think about it a little. Naturally, coronavirus was a hot topic onstage, with AMIA hosts Kevin Curtin and Mike Wiebe cracking jokes and even an award-winner or two getting in their own hardy-hars about it in an acceptance speech.

Nationwide, the number of cases and deaths keep rising. Our own Centers for Disease Control and Prevention is flatly telling olds to stay home. Concern is not unfounded. Any personal young-dude’s invincibility I felt about this sort of thing probably left me about a decade ago. This is all to say, coronavirus is on my mind, and I get it.

And with that, my own feelings and biases continue to change by the hour about whether the city made the right decision to friggin’ cancel South by Southwest (italicized to emphasize how much it really hasn’t sunk in).

At this hour, instead of definitively choosing a side between “abundance of caution” and “abundance of culture,” I’m just choosing to be glad I’m not Mayor Steve Adler, Judge Sarah Eckhardt or the rest of the city leaders who collectively arrived at the call.

Frankly, I’m also glad that before finishing this post, I read this illuminating story by Tony Plohetski about how the city’s thinking evolved and how the ATX-shattering decision got made. If you’re reasonable in the least, you know Adler and the city’s brain trust were in an impossible position (made more impossible by their previous reassurances that SXSW would be happening). But if you want a sense of what it’s really like to be a decision-maker related to COVID-19 right now, and how hard it was to process fluid information and weigh competing factors, Plohetski’s reporting concisely gives a sense of it.

My sympathy for Adler and Co. is deep. My sympathy for all local businesses and service workers who count on SXSW to make rent is deeper still. And for anyone who might’ve been planning a special trip to see anyone from Jack Dorsey to Sudan Archives to Pete Davidson to Hillary Clinton, I feel for you.

In truth, the urge to call the city’s move an overreaction still holds. Especially following Monday’s Molotov-cocktail-on-top-of-the-turd news that SXSW is laying off approximately 50 members of its year-round workforce, and it seemingly isn’t even a given … are we serious with this?! … that SXSW will return next year. Did the city weigh not only present factors, but future factors like this as well? Was this worth it?

The answer to the latter is that in my heart, it really, really feels like not. But with decisions like this, the heart can only carry so much weight.

I’m not angry at the city. And at this date, my own planned SXSW experience won’t change that much. In my five-year run as a SX goer, I’ve been an unofficial day-show guy all the way, and a number of the ones I’m interested in catching, as of this writing, are still on. Essentially, since 2015, I’ve done a couple of the films, last year’s Wellness Expo, and a whole ton of free music. Thanks to the spirit of many of our local establishments, the free music is still there to be had. I’ll be fine without an official SXSW.

A lot of people won’t be, though, and all we can hope for is that 1) this is an aberration, and 2) the heartwarming efforts to mitigate what’s happened to those people are successful.

The Austin Music Industry Awards
Yeah, so, the AMIAs. For the first third or so of the fairly chill Emo’s extravaganza that honors producers, bookers, record stores and the like, it looked like coronavirus might be the star.

Hosts Mike Wiebe and Kevin Curtin, initially acting out a theme that had them as old men (in cheap wigs) reminiscing about the old days of Old Austin, got several topical COVID references in. Wiebe cracked that the papier-mache-looking artwork crawling up the walls on each side of the stage like a giant caterpillar was “a blowup of what the coronavirus looks like.” Jim Norman of Rock ‘N’ Roll Rentals, which won for Best Equipment Rental, assured everyone during his acceptance speech that “We’re trying to disinfect our store as best we can.”

Luckily, onstage conversation eventually turned away from the New Plague. A few notes from a fast-moving and love-filled tribute to the behind-the-scenes superstars:

The full list of AMIA winners from last week is available here. And I’ll be out at the Austin Music Awards on Wednesday to see more of those awesomely freaky red cowboys doled out.