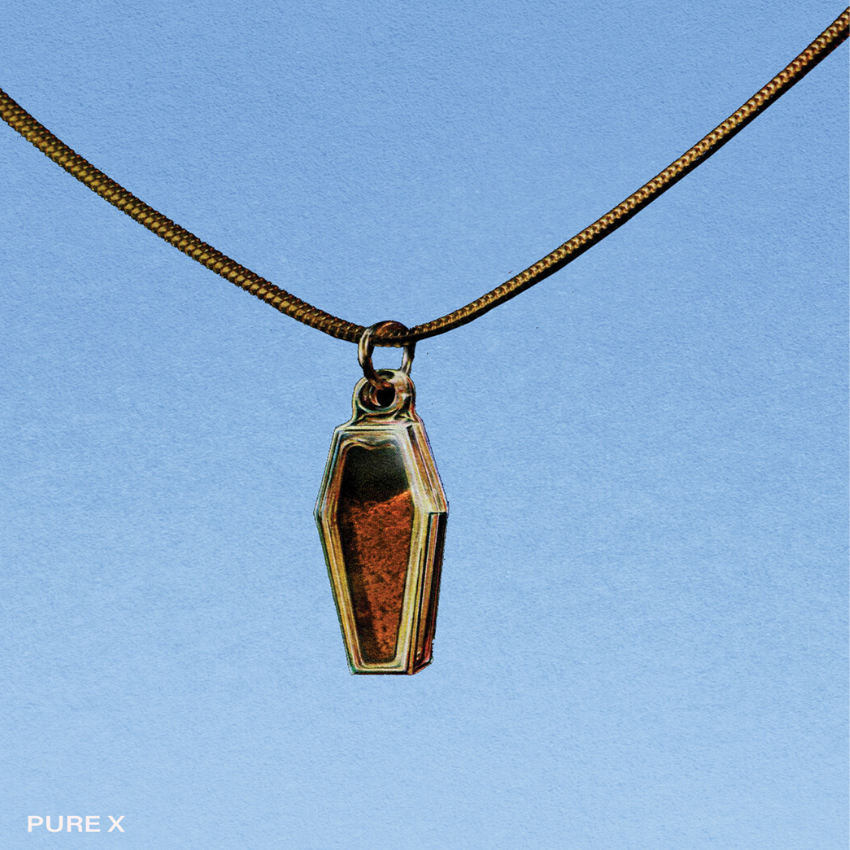 So much is unfolding socially this week that’s bigger than music, although it will inevitably become inspiration for music in short order. I believe that soon, commentary on the issues and unrest of this turbulent week may tumble out of my brain that still falls within the general purview of this wholly inconsequential, diversionary music blog. For now though, as I process the overwhelming impact of this week along with the entire nation, I’ll stick to this blog’s general intended focus. I’ll only hope it can be a short diversion for someone who deserves one.

Pure X, Pure X
The last time Pure X put out an album — Angel, their third — I didn’t even live in Austin (quite) yet. So it’s been a little while; six full years, to be exact. This self-titled record finds them steadfast in their commitment to deliberate, breezy melodies, while adding some slow-bubbling guitar fuzz beneath floatingly airy lead vocals. Think Real Estate or maybe Beach Fossils on half a quaalude, with a dash of Black Rebel Motorcycle Club at times, and you’re in the ballpark of what guitarist/vocalist Nate Grace, bassist/vocalist Jesse Jenkins V, and drummer Austin Youngblood do here.

Pure X is pleasant indie-pop, with enough hazy guitar reverb to guide you into a chill mood, and lyrics that, at their best, are relevant and exploratory while leaving some blanks for you to fill in. And its high-water moments clear the fence pretty easily. Opening track “Middle America” is a statement, but it’s a thoughtfully delivered one that keeps the hammer in the drawer, instead of beating you over the head: “Send help, I’m stranded/In middle America/Somehow, I crash-landed/In Bible Belt America/Send help, I’m losing/Sense of who I am.” The song stays in a frustrated but poetic lane, focusing on the narrator’s own loss of identity. And then it’s over, a refreshingly concise, if broadly drawn, lament and character study.

“Fantasy” is a steady-churning metaphorical bull’s-eye, with even more drawn-out societal overtones: The fantasy is what Grace has been living in, the skies “are going gray” and “the smoke is here.” “My people live in chains/And struggle on until that day, until that day/My people work so hard and work so long/And break and fall and disappear,” Grace sings, and it stands as the album’s most fully realized statement.

Elsewhere, more mystically themed tracks hit a pleasing mark. The pretty, beach-lounge-chair worthy “Free My Heart” has guitar-and-vocal interplay that could be mistaken for Real Estate if you’re just listening casually. “Angels of Love” rises above the expectations of its superficially standard title, boasting both an in-the-clouds melody and some of the album’s (relatively) harder-hitting sonics. And I enjoyed the ultra-chill “Slip Away,” a love letter to someone who just knows how to handle you.

Pure X does have two hindering faults: An almost album-wide case of crawl-itis, and a few songs, particularly toward the back end of the record, that cover the same ground as superior earlier tracks and/or just don’t give you enough of a sketch. “Grieving Song” is undeveloped to a fault, sounding almost like a demo tape with its scant but depressing lyric. “Stayed Too Long” is a seemingly unpolitical lyrical cousin of “Middle America.” You’ll most likely reach the end of this sub-40 minute record wishing it had rocked a little more. Still, Pure X is recommended for fans of ambient fuzz-rock and for moments of both songwriting intrigue and pure excellence. — *** stars out of 5

Pike & Sutton, Heart is a Compass
Regrouping a couple of years ago, long after enjoying a little 1990s chart success as co-founders of Sister Seven, Patrice Pike and Wayne Sutton have one of those long histories that makes you want to hear them play together. The chemistry and merged wavelength will be palpable, you assume; they’ll be in sync and simpatico. Heart is a Compass, their first record as Pike & Sutton, delivers on that assumption.

There’s rootsy, passionately sung and played rock here where Pike’s soulful belt and Sutton’s stylish, bluesy guitar take turns starring, but tightness and cohesion are always in evidence. It’s a little sanded down and slick production-wise, carrying more of a warm-night-chilling-on-a-big-bar-patio feel than a jagged blues-rock riptide. But that’s OK in the proper balance, and the aggression of Pike, Sutton and their side players sufficiently strikes that balance most of the time.

If you believe Melissa Etheridge has always been a little too much of a scenery-chewer, Pike’s powerful but restrained pipes should hit the spot for you, as on the metaphor-stocked “Heart is a Compass” or “Hands Up.” Sutton is a dependably expressive soloist, as on “Bright as the Sun,” and gruffly weighs in with a Mellencamp-ish lead vocal on “No Great Mystery.” “Moonbeam” — which narrowly beats out “Heart is a Compass” for the album’s highlight — brandishes a funkier rhythm beneath Pike’s controlled soul. Perhaps inevitably, the relative slickness generates less-memorable effects when the tempo slows down; the two ballads that close the album veer too much into AC-rock territory.

Just as Pike & Sutton have that familiarity that helps keep them in obvious sync, Heart is a Compass has a familiar feel while still sounding fresh at its best, and even borderline-invigorating at its very best. It’s a reminder that dependable blues-soul-rock entertainment from expert live-music veterans is a deep stitch in Austin’s fabric, and part of what we’re missing right now as venues fight for their ability to offer it again someday. Heart is a Compass can help tide you over until that day comes. — *** stars out of 5