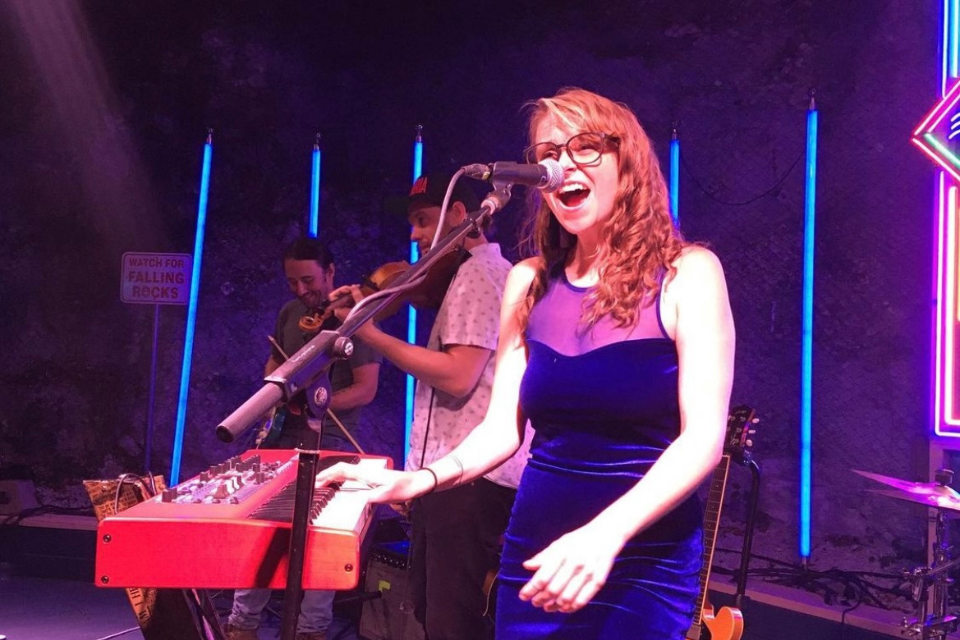 Someone needs to cover “Summertime Blues.” That’s a thought that’s been kicking around in my head for a few weeks now.

Cover the Eddie Cochran classic and change the lyrics to match the moment — there are lines in there about calling your Congressman and getting turned away, after all, so there’s a lot of analogous source material to play with there. And there’s a lot to work with during this vicious bitch of a summer: divisive anger over the Supreme Court and mass shootings, frustration over gas and food prices, and — in this jurisdiction and others — relentless heat that won’t abate. Elections — and the torturous ads that come with them — aren’t helping.

Oh yeah, and people are still getting COVID, too, as the latest variants are more transmissible than their forebears. I was one of those. So, yes, some creative and socially conscious soul needs to update “Summertime Blues” — and incidentally, better cover versions are possible than perhaps the two most famous ones, both from the Woodstock era: the Who’s, and (ugh) Blue Cheer’s.

Until that emerges, I’m looking around for other musical respites. Here are some local listens on that journey — two recent singles apiece from a pair of artists, and a debut album.

The Deer, “I Wouldn’t Recognize Me” and “Bellwether”
If I sat on a council that got to decide “America’s Next Big-Breaking Austin Band,” and got just one vote, I might nominate The Deer (top photo, performing last year at Cheer Up Charlie’s). An indie-folk quintet that blends the gentle melodic touch of Grace Rowland’s voice with a jangly sound that veers variously between dream-pop, woodsy strings and light surf-rock, they’ve opened for Big Thief and The Head and the Heart. But the strength of their songs warrants them reaching their own exposure the size of Dayglow’s, or at least Hovvdy’s.

Of their recent pair of singles ahead of upcoming album The Beautiful Undead, “Bellwether” gets higher marks thanks to a superior lyric, but both it and “I Wouldn’t Recognize Me” are fine additions to their growing catalogue. “Recognize” nods to alt-country rock in its guitar reverb as Rowland addresses her younger self, offering words of both advice and preparation for what she’ll become. “Bellwether” channels (a slightly dreamier version of) Big Thief in about every way imaginable, but especially in the way the nature-charged imagery flows from Rowland’s tongue: “While protecting my sanctity/My sanity/A canyon that’s eroding away/Down the alleys of my beliefs/A torrent sweeps/And carves its route around what I hide.” If that’s not Lenker-ian enough for you, there’s also this passage: “Into your dreamcatcher eyes/All our timing’s so rare/When your bellwether rang/I was already there/Where the waves all break and we explode into foam.”

If neither of these singles offer the chorus catchiness of, say, “Confetti to a Hurricane” that might be a requisite to break The Deer on the national indie scene, at least we know they’re still churning out the good stuff for us locals and whoever else they can reach. I still hope for more for them.

Primo the Alien, “Worlds” and “We Are All Going to Die”
With this pair of singles, it’s abundantly clear that an angry Alien is the best Alien. I met Primo — known to terrestrials and “American Idol” historians as Laura Lee Bishop — last year at ACL (bad weather wiped out her set, but she’s getting another chance this year). During our memorable chat, her itchy compulsion “to stomp everyone’s face” reared its head — but has her heavily ’80s-indebted synth-pop canon ever really reflected that? Well, it definitely has now.

After she opened up last year about the sexist attitudes she still faces as her own producer, there’s something particularly resonant about hearing her perception of it applied to song in the electro-splosive post-chorus of “Worlds,” where Primo resembles prime-era Lady Gaga on disorienting amphetamines: “I gave you a warning in red letters after my last show/But it’s hard to hear over your condescending undertones/While you were explaining to me how to mix the drums and bass/You got so turned around you’ll never find an exit from this place.” Although Bishop’s “million worlds” are much broader in scope than roasting some dude who thinks she doesn’t know her way around the boards, it’s the frenetic bitterness in those two post-choruses that elevates “Worlds.” In the last one, she returns to the challenge one faces in getting out of Primo-world once you’re trapped there and out of your depth: “I don’t want to bury you without a chance to save yourself/But I don’t have the fucking time to show you how to find your way out.” Swagger and anger — call it “swanger.” Also, don’t.

Released in late July, “We Are All Going to Die” injects a hint of industrial as it pummels the complacency so many exhibit as this world is on fire in front of us. “Fuck, why isn’t everyone freaking out?” is a fair question to ask, as fair as the observation “We’re pretending everything is fine,” quickly paired with “Maybe if we concentrate we can try real hard and believe the lie.” Now that she’s had to wait another year — a very socially turbulent year at that — Primo’s likely going to be in a face-stomping mood at Zilker. These two really solid singles are some heavy shoes to strap on for that purpose.

Album review: Party Van, Large Water
When lead vocalist-guitarist Eric Limon isn’t singing, and Party Van allows its gleeful talent for righteous riffage to take center stage, this alternative-garage quartet is really something — a turn-it-up kind of monster for garageheads and fans of off-radio ’90s legends. Limon, fellow guitarist Deven Ivy, bassist Gabe Poliakoff and drummer Brandon Astor pound at about every turn (I wish there were a few more turns on this debut record that clocks in at under half an hour.)

But when Limon does sing … well, the results on Large Water are more varied, and in general, Party Van is more just-all-right. Sometimes, his scratchy, nasal stoner-rock throat is a touch too strained and detracts from the instrumental fury he and the group are working up. Still, almost all of these eight tracks (including a short intro deal) are worth a listen. On the best track, “Purple People,” the whole package — Limon’s best vocal performance and a crushing, roaring riff — coalesces beautifully. “Kahuna” is as Wavves-y as Wavves-y gets, with an extra little jolt thrown in, and the time shifts and unusual call-and-response of “Wet Meat” keep you on your toes. Party Van’s got room for refinement without sacrificing their wall-rattling strengths. I’m hopping on board to see if they can take that next step.
Rating: *** stars out of 5