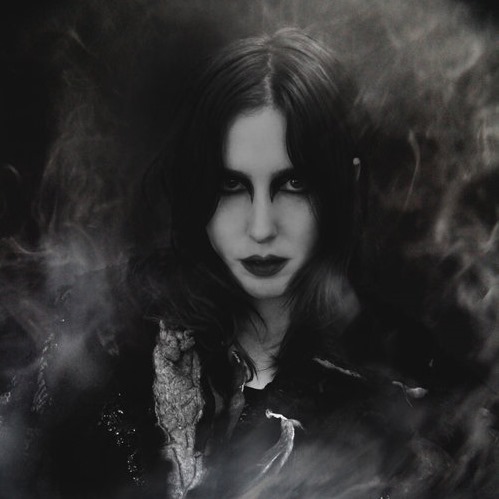 Need a loud but not too abrasive soundtrack by which to brood or contemplate suicide? Chelsea Wolfe’s fifth album, the thoroughly goth-ed out Abyss, will do the trick.

Dark, heavy and plodding, Abyss is an album-long invitation to stare forlornly at your ceiling. Seriously, several of the tracks here would be good film soundtrack fodder for the scene where a despondent character under the age of 40 is sinking slowly into a bathtub, contemplating the pros and cons of actually slicing those wrists. (To be fair, I may say that partly because I watched “The Skeleton Twins” the same weekend I listened to Abyss. The movie’s good; it’s recommended. OK, back to reviewing music.)

With all the implicit and explicit doom and gloom usually set to a chugging march, you get the feeling that Wolfe, to a large degree, is getting in her own way. She has a pretty voice rooted in more accessible music, and a solid sense of dynamics, both of which periodically pull Abyss back from the … well, you know. And even in some of the songs that drift and fail to hold interest, there are moments of intrigue amid all the pitch-black atmospherics.

The best moments of Abyss are at the front and back. Opening track “Carrion Flowers” immediately smashes you in the face with bass-y distortion and lurches along in a fashion that can easily numb you, but Wolfe’s voice adds melodic flavor and takes some of the edge off. “Iron Moon,” the standout and the only track I’d really ever clamor to hear again, pulls off the quiet-to-suddenly-LOUD dynamic shift of some of the best noisy ‘90s alternative, with an anthemic chorus I’d call moderately compelling.

Most of the other highlights come in pieces. On “Maw,” a drawn-out solo guitar line coexists surprisingly well with spooky goth effects that lead into some ‘90s-style distortion, but the song’s lack of focus had me checked out well before the end of its nearly six-minute running time. Most other tracks will have you either indulging in your self-defeat Len-style, or tuning out and playing on your phone.

Wolfe is certainly talented, but she’s intent on setting a certain mood, and doing it over and over again. To that extent, the appropriately titled Abyss succeeds. But if you’re looking for music that engages you, instead of just serving as background for real or imagined despair, for the most part, you can just fire up “Iron Moon,” then look elsewhere.