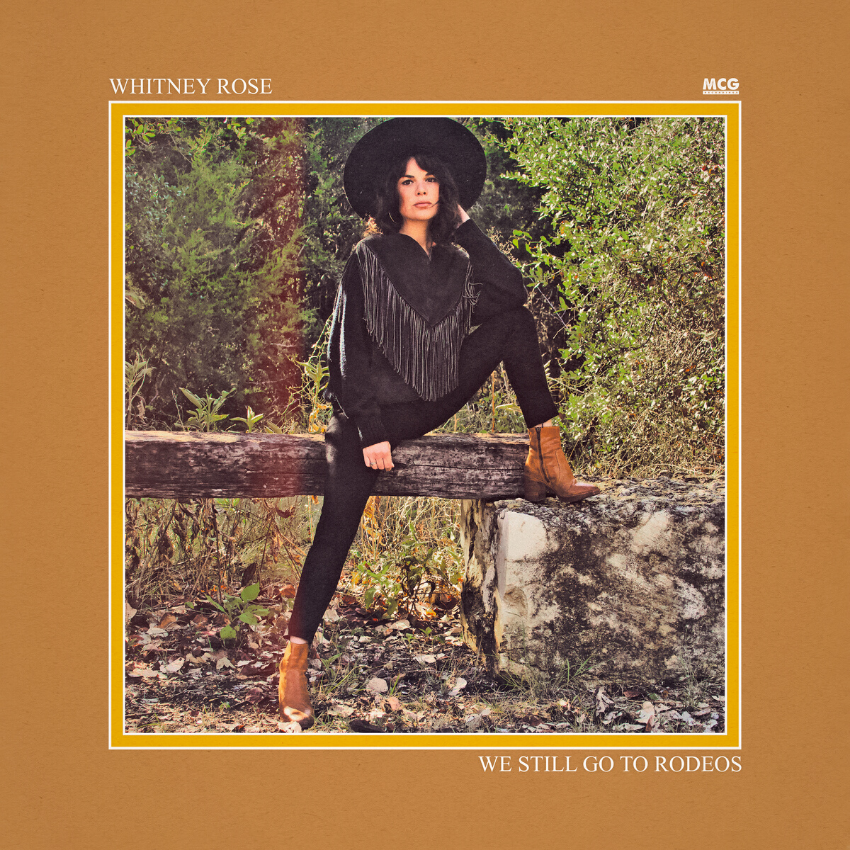 Anybody else out there viewing just about every single piece of entertainment through the lens of what we’re dealing with right now? Whether it’s a show, the printed word or a song, every reference I see or hear to disease, or “stay away from me,” or the Airborne Toxic Event, takes on significance or irony that was never there before. All coincidence (well, most of it), and yet, it’s impossible not to notice.

I bring this up because it happened yet again as I listened to local country songstress and longtime Continental Club resident Whitney Rose’s new album, We Still Go to Rodeos (no, we don’t). Included are songs “Home With You” (yep), “I’d Rather Be Alone” (nope), and closing title track “We Still Go to Rodeos” (in fact, I never have, but that’s irrelevant). Certainly, COVID-19 played no role in any of the songwriting, and yet, I couldn’t help but acknowledge its infection into my leisure-time psyche.

Just an observation. Anyway, to Rose and her new record.

The Canadian-born Rose hosts a pleasant live show at Continental, especially for country purists: a throwback honky-tonk-pop performer in voice, sound and high-haired look (at least, that’s how she looked there in late 2017). On We Still Go to Rodeos, producer Paul Kolderie (who’s worked with Radiohead, the Pixies, and Uncle Tupelo) helps her find a sometimes subtle but unmistakable rougher edge. If you go back and listen to Rose’s last album, 2017’s Rule 62, and listen to its uptempo numbers like “Arizona,” you’ll hear the difference. Rose’s uptempo songs on that record merely shuffled. Here, they hit, and those moments are when We Still Go to Rodeos is at its best.

“Just Circumstance,” a character song about a pregnant 19-year-old headed to the slammer to protect her boyfriend, is a tuneful opener that adds just a hint of jangle-pop to the pedal steel. Even if the lyric might leave you wanting more detail about this girl’s background, Rose’s sympathetic soft spot for the character she’s created (“‘Cause all her life, it’s been the same/No pomp, just circumstance/They all say, ‘Bless her heart’/She never had a chance”) makes up for it.

While “Just Circumstance” has a touch more sonic grit behind Rose than her fans might be used to, it’s not truly one of the album’s rippers that showcase Rose’s leap forward. For that, wait for “In A Rut” (in a sense, another one we can all relate to right now), which hits considerably harder while unleashing frustration and lamenting the lack of answers ruts often bring (“Don’t ask me how I got this way/That’s asking too much”). Dying-relationship chronicle “I’d Rather Be Alone” has a distinctly ’90s alt-radio charge behind Rose, sounding almost like the Gin Blossoms are playing beneath her soaring grievances.

Those rock influences, big and small, welcomely pop up again and again, whether it’s more ’90s-alt touch in country-rocker “Better Man” or the solo in the lower-key but bitter “You’d Blame Me For the Rain.” But Rose is far from ditching the more purist honky-tonk-pop sound she’s known for. There’s still plenty of that, as displayed by the straight strum-driven country of “Don’t Give Up On Me” or  “Believe Me, Angela,” an organic, old-country variation on a “Before He Cheats” theme, with the narrator leaving her ex’s new woman blameless and making the carefully considered decision to key his car instead. If songs like those two seem more boiler-plate in sound and subject matter, there’s more often than not a perspective Rose offers in her songwriting that offers a singular spin.

She saves one of her best (and different, relative to the rest of the record) for last with “We Still Go to Rodeos,” which closes the album out on a pleasantly low-key country-swing note. Lonesome harmonica hovers over quiet drums and guitar as Rose counts the simple blessings of an un-extravagant existence, arriving at the key line: “There are lots of things that we ain’t got … we’ve got something different of our own.” Simply put, what Rose has here is a broadened musical palette and a fine record.