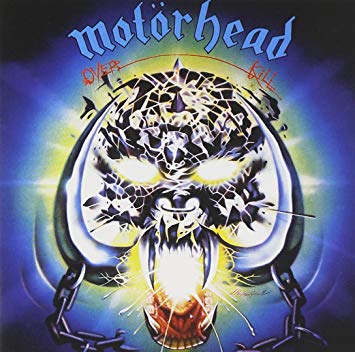 Chances are, if you listen to music with any regularity, you’ve thought something along these lines, and maybe said it out loud to someone. Instinctively, you know when you’ve gone past one of your musical limits. But have you ever actually thought about where those limits are?

Because music consumes a disproportionate amount of my brain’s entertainment budget, I have. There are general parameters within which I may like a song, based purely on its sonic elements — just talking sound here. This post is about those personal limits — where they are, and what crosses the line into something I barely or don’t tolerate. (Lyrics can be elevating or disqualifying on their own, but they’re a separate calculation that doesn’t factor into musical limits. This is all about the sound.)

The idea for this self-analysis came fairly recently when I heard “No Way Back” by the Foo Fighters on the radio. At the time, I thought that “No Way Back” — one of the Foos’ noisier singles — might represent my Abrasiveness Limit, described in more detail below; i.e., I like “No Way Back” all the way down to its most cathartic of Dave Grohl screams, but anything more corrosive is pushing it. Upon further reflection, I don’t know what I was thinking. My threshold for noisy rock, my Abrasiveness Limit, goes past “No Way Back” by a fair amount. Maybe I just felt an acute need for something chill that particular day that drove my internal perception down.

Anyway, best as I can interpret them right now, here are four of the limits that usually determine what I find musically accessible. For each limit, I’ll include a track that’s Right at the Limit (I like it), Over the Limit (don’t like it), and WAY Over the Limit (sever my ears). Each example isn’t necessarily *the* definitive example; it’s just one of many.

To a large degree, I’m laying my cards on the table for a good chunk of the musical opinions I express on here. This is a general roadmap for what my ears can take, what they can’t, and what they reeeaaaallly can’t. The caveats: 1) There can always be exceptions to these “rules,” and 2) As stated, lyrics are a separate piece of the puzzle.

As you read about my limits, think about examples of where yours are. If you’ve never given it any thought, you might even learn something about yourself.

Yeah, “No Way Back” ain’t it. My preference for melody over shouting, screaming and yowling is profound. I prefer for a guitar tone to still be distinguishable from heavy machinery. But being a devotee of early punk, proto-punk (like MC5, which had one of the hoarsest shouters of all time in Rob Tyner) and even the heartfelt belting of prime Little Richard, damned if some extreme distortion and cathartic shout-singing don’t make for some of the greatest music of all time. There’s a lot I’ll take. There’s also a fair amount that I won’t. General rule of thumb: If it sounds like you’ve invaded the headspace of someone who likes to start fires and collect toenail clippings, pass.

Right at the limit: Motorhead, “Overkill”

Over the limit: Mastodon, “Blood and Thunder”

WAY over the limit: Otep, “Warhead”

I grew up in an era of popular country music (the ’90s) that made me late in coming to the realization that C&W was ever good. Most of that was because of the voices — the I’m-from-the-South-and-you-will-HEAR-it twang that made the very phrase “country music” shudder-worthy at an early age. Then I discovered Patsy, Hank, and Merle and realized it hadn’t always been this way. Fortunately, continuing waves of alt-country and old-country traditionalists (like Austin’s own Carson McHone, for instance) are making music that draws more heavily on the elements of the old masters — and, crucially, don’t vocalize as if they’re trying to win a Redneck Parody contest. In all candor, if there isn’t a certain level of twang you’re not comfortable with, I question whether your hearing is as strong as mine. As you’ll see with my choices for this category, a deeper intonation can do wonders to take edge off what could otherwise be an unbearable twang.

Right at the limit: Dale Watson, “I Lie When I Drink”

WAY over the limit: Luke Bryan, “Country Girl (Shake It For Me)”

Studio sweetening can produce wonderful things. It can also sand off every edge a track might otherwise have. Anything involving Calvin Harris seems to flirt with both sides of the line.

Over the limit: Ariana Grande, “thank u, next”

“Mumble rap” has become both a style and a disparagement. 21 Savage is one major rap star of the moment who bristles at the term. But I have a personal threshold distinct from whether an MC is enunciating clearly.

Instead, I’m calling this the Low-Effort Rap Limit, because it’s more about a different question: Is a rapper’s delivery so languid that it smacks of minimal effort and veers on rhythm-oblivious talking? If so, generally, I’ll pass.

21 Savage is an MC with an effective deadpan, a hardass back story, and a lot to say, and I like him well enough. But there’s no doubt that some of his rapping toes the low-effort line. So, he tests me.

Over the limit: Blueface, “Thotiana”

WAY over the limit: Lil Yachty, “One Night”