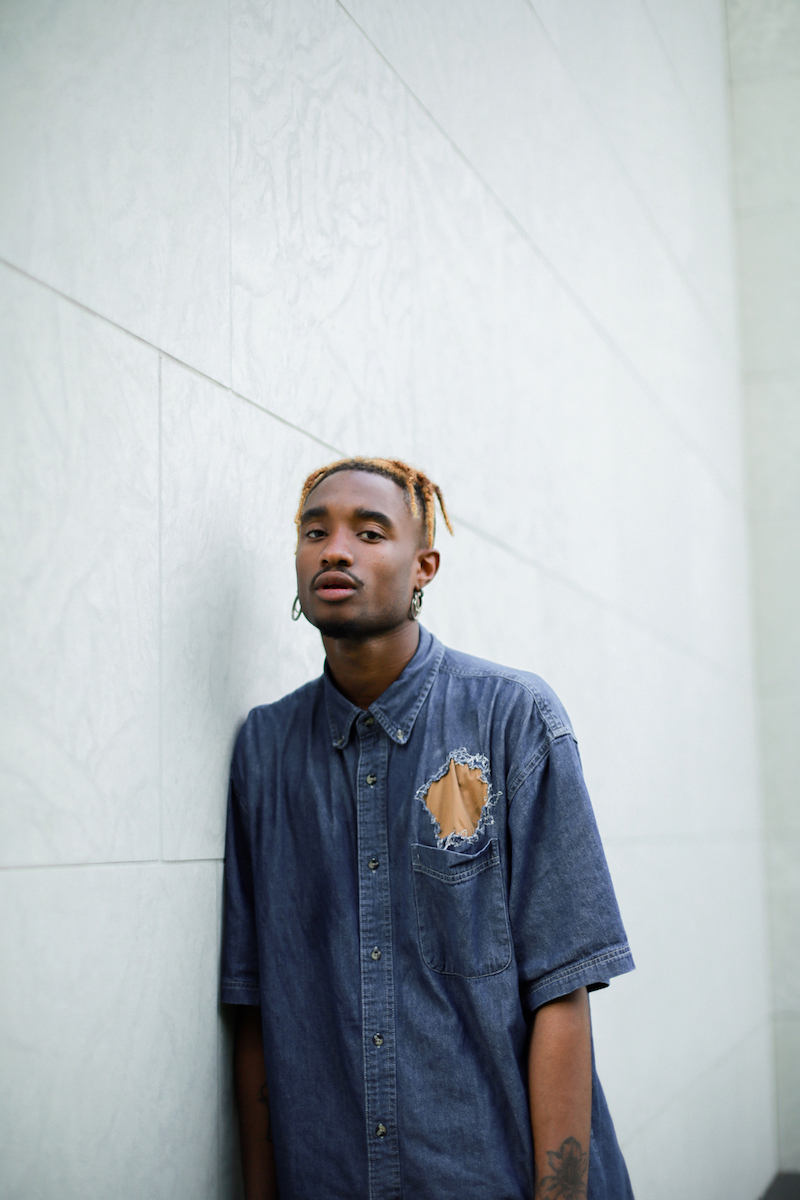 This summer, Mike Melinoe was homeless. It was only for a couple of weeks, but there’s no “only” in homelessness, is there? He was sleeping at the Domain. Yes, the shopping center in north Austin. On the top level of a parking garage.

This week, he’s being honored by the City of Austin.

Talk to him, and he probably won’t lead with the homeless ordeal. But I will. When I spoke to the local rapper last week, ahead of the release of his latest album this Friday, there was nothing more impressive than his matter-of-factness about everything he’s been through and the positive spin he puts on it.

Melinoe moved to Austin from Detroit nearly four years ago with $8 on him. His local reputation rose, with his spare, space-y, sometimes weird beats and traditionally acrobatic flow earning a following beyond what he found up north. Then, this July brought homelessness, temporary as it was (as he’s told other interviewers, he’s dealt with it before). Now comes the city’s Economic Development Department and Mayor Steve Adler honoring him today with Mike Melinoe Day, and the dropping of new album CLAJIDU (more on that unique title later) on Friday.

Maybe at this point, from the deepest drawer of the 2011 archive in your brain, you’ve pulled out a memory of Ted “The Man With the Golden Voice” Williams, who famously went from homeless recovering alcoholic to Kraft voiceover pitchman and other gigs for people with beautiful pipes. This wasn’t like that.

But as Melinoe tells it, it serves as example No. 3,825 of how fast someone can go from emerging local artist to local starving artist.

“Well in a nutshell, earlier this year, around February, I got fired from one of my other part-time jobs,” Melinoe explained to me. “And I kind of was like, ‘All right, man, I’m not about to get a new job again.’ So I was just killing it, selling merch, doing shows, any way possible that [I] would … grow as an artist and be self-employed.

“And it was going well up until I would say probably like May. Because I basically had to move out of my apartment, because that’s when my lease was up. Me and my ex, we split last year, so I had the apartment for like 7 months or whatever. … Long story short, because that’s a helluva story — but [after that], I was renting out this room, it didn’t go well. And I had to basically move out July 3. … I was helping my mom with bills, and I got a little behind.”

Around that time, he had $300 in his pocket — better than the 8 bucks he started his Austin life with, but not enough. He started asking around, looking for a place to live. No one could help him.

Amazingly, he remembers sleeping in the parking garage as being “kind of beautiful,” adding that he’d “never seen the moon so big.”

“I just kind of had to do what I had to do,” he said. “I was traveling up to the Domain super-late, the last bus I possibly could, and was staying up there … until like 6 in the morning, the earliest bus, because people was coming in for work to park in the parking garage.

“But I quickly got on my feet. It didn’t last too long. It was only like two weeks and a half, but it was very mentally draining for me. Because moving out here with $8 and feeling like I was on top, to where I’m being self-employed a couple of times, and I just wind up on my face. But it told a lot about me. I got back on my shit, and I started working two jobs ever since fucking August. Been on the grind since.”

Now, as for that novel album title, CLAJIDU … it stands for Currently Laughing at Jokes I Don’t Understand. Hearing Melinoe explain it, you get a sense of how his introspective approach to his art — he’s also a painter — produces a unique perspective you won’t get anywhere else.

“Just an example is like if I’m in a room full of a bunch of people in suits,” he said, “and I show up in a hoodie and some sweats, and everybody’s like, ‘OK, who is this guy?’ [They say], ‘Well, we know that’s Mike Melinoe, so you’ve got to respect him.’ And then I’m just laughing at jokes I currently don’t understand, because we from different worlds.

“It’s kind of like targeting the emotions that I may dart into at the time. I drift off a lot, I daydream, so that could be a bunch of series of tapping into my emotional sides on the album, where you can hear both more in-depth stories about my upbringing, then my love life, or just my aspirations and stuff like that.”

One thing I’m personally averse to as a hip-hop listener are tracks where the sample or the beat seems to do all the work. Melinoe is the opposite of that. His beats on CLADIJU are airy, often psychedelic backdrops, always leaving room for an aggressive, dexterous flow that often recalls Lil Wayne, in a good way.

“On this project specifically, it’ll be more adapted to my current stage within this space and this time,” he told me. “Over the last, I feel like, two years, since I’ve honestly been in Austin, Texas, it’s just been … kind of out of the ordinary, in my opinion. I’m from Detroit, so certain things were kind of moving a certain way, and I feel like every time I’m in a room where I kind of don’t fit in for some apparent reason, I seem to be operating accordingly. And it seems very confusing to me.

“But I guess the further I go into my career, I’m going to be in these rooms in front of these people speaking about my projects or explaining myself, when I’m just a very introverted dude from Detroit that would rather just draw or something like that. So it’s just about capitalizing on this space and time.”

Today’s Mike Melinoe Day celebration, honoring him for his contributions to local music, will include a live performance for Adler and the city council. Then, after CLAJIDU drops Friday, the rap game may just have to eventually heed what Melinoe boldly raps on the album’s opening track, “2:22”: “Y’all in the way/I’m the new wave/Make a new way for me.”

Watch the video for Melinoe’s lead single off CLAJIDU, “4:44,” below: