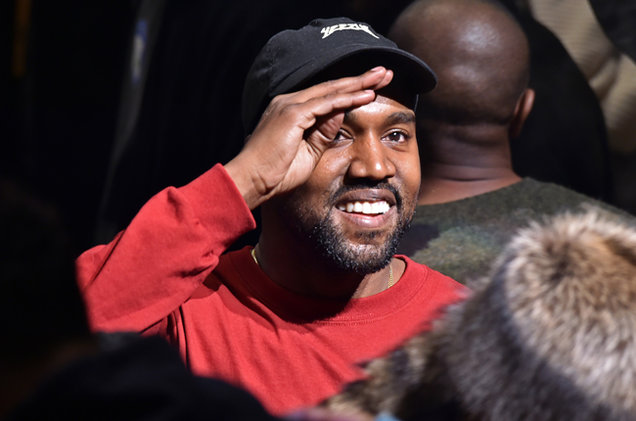 We knew we’d see him do this again, right? We always do.

This was originally supposed to be a straight-up review of Kanye West’s new album, The Life of Pablo. Kanye the musician is so much easier to face than Kanye the persona, and usually, I’d rather focus on what the man does better than about anyone else, rather than the qualities that make him insufferable to a massive swath of the public.

But Kanye’s most recent run of apparent insanity – involving millions in alleged debt, Paul the Apostle, Mark Zuckerberg, and, of course, Taylor Swift – changed the game for this post. Truthfully, so did The Life of Pablo, a mostly enjoyable album that, in my mind, doesn’t register as anything special (evidently, West himself agreed to some degree, proclaiming it unfinished). What has been special, over the past week or so, has been West’s prolonged assault on basic decency, sanity and sense.

For a card-carrying fan of his music, like me, it’s been a hard road, particularly since 2009. Anytime he comes up in conversation, chances are your friends, your acquaintances and anyone who just loves to rip on people will have the same take: The guy’s a douche, and now he’s part of the noxious Kardashian cult. I’ll say essentially the same thing every time: Hey, ultimately the music’s the thing, and Kanye’s is tremendous.

But somewhat softening the reaction to Kanye’s latest verbal and digital outbursts is that more and more people seem to be realizing what’s been evident for some time: The man’s most likely mentally ill. Others write it off as an extended stunt, but writing off his behavior since that “Saturday Night Live” appearance on Feb. 13 as mere wild self-promotion doesn’t hold up to past evidence that Kanye himself surely keeps in mind, as we’ll discuss below.

Still, the man’s a puzzlement. Go through a few samples of his lyrics, and you might ask yourself: How can someone who seems so self-aware be so clearly not?

Kanye’s past horrid antics have usually been one-offs- a single moment of petulance or jagoffery, followed by public condemnation, and then … quiet. Not this past week; it was a mixtape’s worth of moments that, more than ever, raise questions about his mental state – and how someone this unhinged and delusional even gets in a studio and churns out coherent music.

It’s one thing to say Kanye is once again being a jerk simply for the attention he constantly craves – that could be true. It’s another to say he’s doing it for album sales and money. Unless he has zero ability to recognize trends, the evidence doesn’t bear that out.

While Kanye installed his reputation as a self-infatuated diva essentially from the beginning of his career, the point of no return was “Imma let you finish.” The interruption of Swift’s 2009 Video Music Awards acceptance speech to protest Beyonce not winning turned the balance of the world against West forever.

There are numbers to illustrate that: West’s next album after the Swift incident, My Beautiful Dark Twisted Fantasy, was his masterwork by critical acclamation. It’s my personal favorite hip-hop album, engaged and painstakingly crafted in a way few popular music albums are, let alone hip-hop albums. Music writers couldn’t say enough good things about it. For all that acclaim, after a huge opening, Dark Fantasy became West’s worst-selling album to that point. The next one, 2013’s Yeezus, featuring minimal marketing and almost zero radio accessibility, lost 80 percent of its sales in week two and became the new champion for lowest-selling Kanye album (several other public rants during the Yeezus period probably didn’t help, either).

In the grand scheme, West albums are always going to sell well; both Dark Fantasy and Yeezus are platinum. But seemingly unlike Donald Trump in the GOP primaries, the more Kanye embeds personality poison into his brand, the less popular he becomes. By now, he has to know this. Rapping that he made “that bitch” Swift famous doesn’t help. Asking “white publication[s]” such as Pitchfork, Rolling Stone and the New York Times to not “comment on black music anymore” doesn’t help. Ranting that he’s “50 percent more influential” than anyone dead or alive, and specifically naming the likes of Pablo Picasso and Paul the Apostle, is so comical that it appears to give credence to the idea that he can’t be serious. But man, does he sound serious on that tape. It doesn’t help.

If it’s all an act, then Kanye is essentially the greatest rapper-producer-designer-actor quadruple threat in the history of entertainment. He should be focusing his time on lunching with a Ridley Scott or a Richard Linklater so he can win an Oscar to further cement his legacy. That is to say, it’s not an act.

“Good morning – look at the valedictorian
Scared of the future while I hop in the Delorean
Scared-to-face-the-world complacent career student
Some people graduate, but we still stupid” – “Good Morning”

To people who listen to West’s music at length, there’s a striking dichotomy between the clarity of his best stuff and the semi-coherent delusions and non sequiturs of his interviews and public speeches. To people who don’t listen to him and only see the public appearances or read the quotes … well, he just seems delusional, scrambled of mind, and at times perhaps utterly stupid.

… reflect on his interruption of Swift, six years later, like this:

“And I think if I had to do it all over again what would I have done? Would I have worn a leather shirt? Would I have drank half a bottle of Hennessy and gave the rest of it to the audience? Y’all know y’all drank that bottle too! If I had a daughter at that time would I have went on stage and grabbed the mic from someone else’s? You know, this arena tomorrow it’s gonna be a completely different setup. Some concert, something like that. The stage will be gone. After that night, the stage was gone, but the effect that it had on people remained.”

Somewhere in that haystack, underneath that stage and the lasting effect it had on people, lies a point.

That about sums up the chasm between Kanye the performer and Kanye the orator. With the first, you get something crafted and thought-provoking. With the second, you get a sometimes frightening mess of arrogance, semi-coherence and bombast. Sometimes, the arrogance is all that comes through clearly, and that’s all people take away.

That line from the new album (presuming “Feedback” will still be there on the final version) isn’t exactly a new idea. But maybe those six words encapsulate why West allows his mental issues to percolate and, in the case of the past week or so, take over: Without all the wobbliness upstairs, he fears he won’t be anything special.

Much as he portrays himself as a voice of the young – proclaiming, “We the millennials, bruh!” while accepting the Video Vanguard Award at last year’s VMAs – West is not a young musician, and certainly not a young rapper. In less than 18 months, he’ll turn 40, an age at which it becomes difficult to hold your grip on popular relevance in just about all genres of popular music.

In “Facts,” one of the weakest and most unfocused songs on The Life of Pablo, a wild-eyed Kanye raps, “Yeezy, Yeezy, Yeezy just jumped right over Jumpman” – a reference to his adidas Yeezy shoes allegedly overtaking Nike. Meanwhile, Kendrick, Kendrick, Kendrick just jumped right over Yeezy. Now that Mr. Lamar – with equal or better command of wordplay, considerably better raw rapping ability and none of Kanye’s PR baggage – is the socially conscious hip-hop superstar of the moment, West picked a bad time to soil his brand again. As moderately satisfying as The Life of Pablo (the original version) is, there are signs on it that his much-valued “artistry” may be cracking as well.

I just needed time alone, with my own thoughts
Got treasures in my mind but couldn’t open up my own vault
My childlike creativity, purity and honesty
Is honestly being crowded by these grown thoughts
Reality is catchin’ up with me
Takin’ my inner child, I’m fighting for its custody
With these responsibilities that they entrusted me — “Power”

As for me, a guy who fell for Kanye the first time I heard “Through the Wire” back in 2004 and got hooked, it’s about 50 percent harder to stay on the Yeezy Train now. But I’m still there. It helps that he hasn’t committed any violent crimes yet.

Look, you don’t have to think hard to think about massively talented, massively popular entertainers who could’ve been better people. (If you wanted to count, you could easily start with John Lennon and go from there.) Their faults get overlooked, for the most part, because the rest of us don’t have to deal with them. After their careers and later their lives end, their music – like the effect that stage had on people – is just about all that remains.

Ultimately, that’s where I am with Kanye. Despite my instincts, I’ll still defend the artistry even when he’s vying to become the Picasso of repugnance. Historically, it’s only fair.