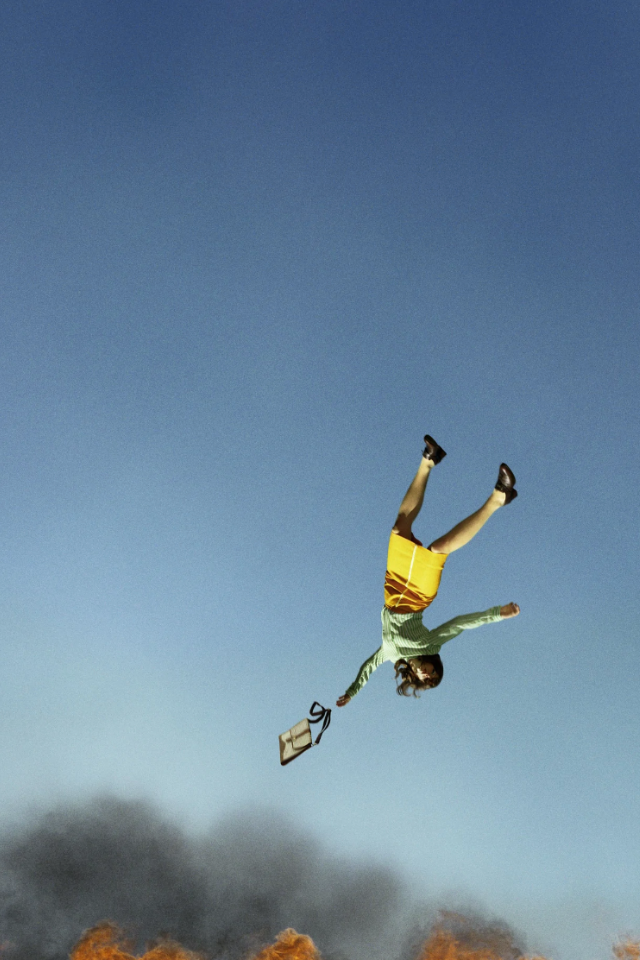 For an ardent-but-realistic Yeah Yeah Yeahs appreciator, it’s a little surprising how astoundingly this comeback has gone — so far.

Nearly a decade after one of the best bands of the 2000s left us with a barely-worth-any-trouble taste in our mouths, they returned in June with not just a good song, but a revelatory one. It’s been kind of a stunner, frankly, to hear “Spitting Off the Edge of the World” for the first time and for the 24th, to listen to it build into a captivating slow-motion mushroom in front of our very ears. Is this comeback even real?, I’ll admit to asking myself as someone who wore out Fever to Tell in 2003-04, and Show Your Bones a couple years later. The answer is “yes” — but also, too early to tell. I badly long for that “yes” to hold.

Featuring a guest shot from Perfume Genius, “Spitting Off the Edge of the World” is, without hyperbole, crazy good — dynamic, pointed, dramatic and defiant. It’s not a traditional Song of Summer along the lines of what the popverse usually anoints with that title (like, say, “Call Me Maybe” a decade ago now), nor does it carry a sound on the summer-y side of indie. But in a summer of particularly dangerous, spiritually choking heat, how can a bitingly poetic musical screed on climate change not be in that conversation somehow? Call it the Song of Anti-Summer — subversive of the SoS form, impeccably crafted and perfectly timed.

“Burning,” a freshly offered second single off the forthcoming fifth album Cool It Down, doesn’t overwhelm the way “Spitting” does, but it also offers its own unique virtues. It seems Karen O, Nick Zinner and Brian Chase have their groove back.

But for the comeback to be a complete success, it needs to be in the form of a successful complete album. And that’s where the nervousness sets in.

Most of that is because they’ve teased us now with fresh spins on the old magic. Yeah Yeah Yeahs were never a singles band — in fact, their first three full-lengths all arguably rank as among the finest of the 2000s. Each had its own character: Fever to Tell, the messily invigorating arthouse garage, bursting with electrifying punk energy and sobering, weary musings on love and and anti-love; Show Your Bones, the fully realized, studio-harnessed piece of classic, varied alt-rock craftsmanship; and It’s Blitz, dance-punk-heavy, anchored by two of the group’s foremost musical achievements in “Zero” and “Heads Will Roll.”

Then, four years later came the band’s only record of the ’10s, a return to their lo-fi roots and, improbably, a near-disaster (even if most critics of the time weren’t willing to say it or see it). The songs on Mosquito largely ranged from forgettable to annoyingly bad (the title track) to a mammoth, distractingly wild swing-and-a-miss on incorporating hip-hop into their sound (“Buried Alive”). Only “Sacrilege” and some good stuff on the record’s back third, highlighted by “Despair,” saved it from rock bottom.

That was nine years ago, and that’s essentially the last we heard from this titan of the New York turn-of-the-century rock scene that, frankly, should’ve become a titan of the whole shebang. But a long hiatus followed. Karen put together a back-compiled solo album, recorded the excellent Lux Prima with Danger Mouse, has always sort of still been there while scaling down from the heights she occupied during the band’s heyday. (The 2007 show of theirs I witnessed, in an un-air-conditioned, sauna-like indoor Kansas venue in August, ranks as one of the most memorable moments of my concert career.)

Mosquito and the layoff fostered increasingly diminishing expectations for what would come out when (if?) YYY ever got back in the studio. Now, there’s hope for something really, really good to drop on Sept. 30, and a not-small piece of me wants it to be that good, more than I perhaps should.

Rock could really use something resembling peak Yeah Yeah Yeahs at this moment in time. We’ve now been exposed to essentially a quarter of the eight-track, 32-minute Cool It Down. “Burning” is encouraging, “Spitting” even more than that. Now, my heart wants this historically underrated band to give us another outstanding full-length — a collection of tracks that can melt an ice cap. The expectations will perhaps be unfair, but this is what Yeah Yeah Yeahs manage to do to me at their best — a best I really never expected to see again.