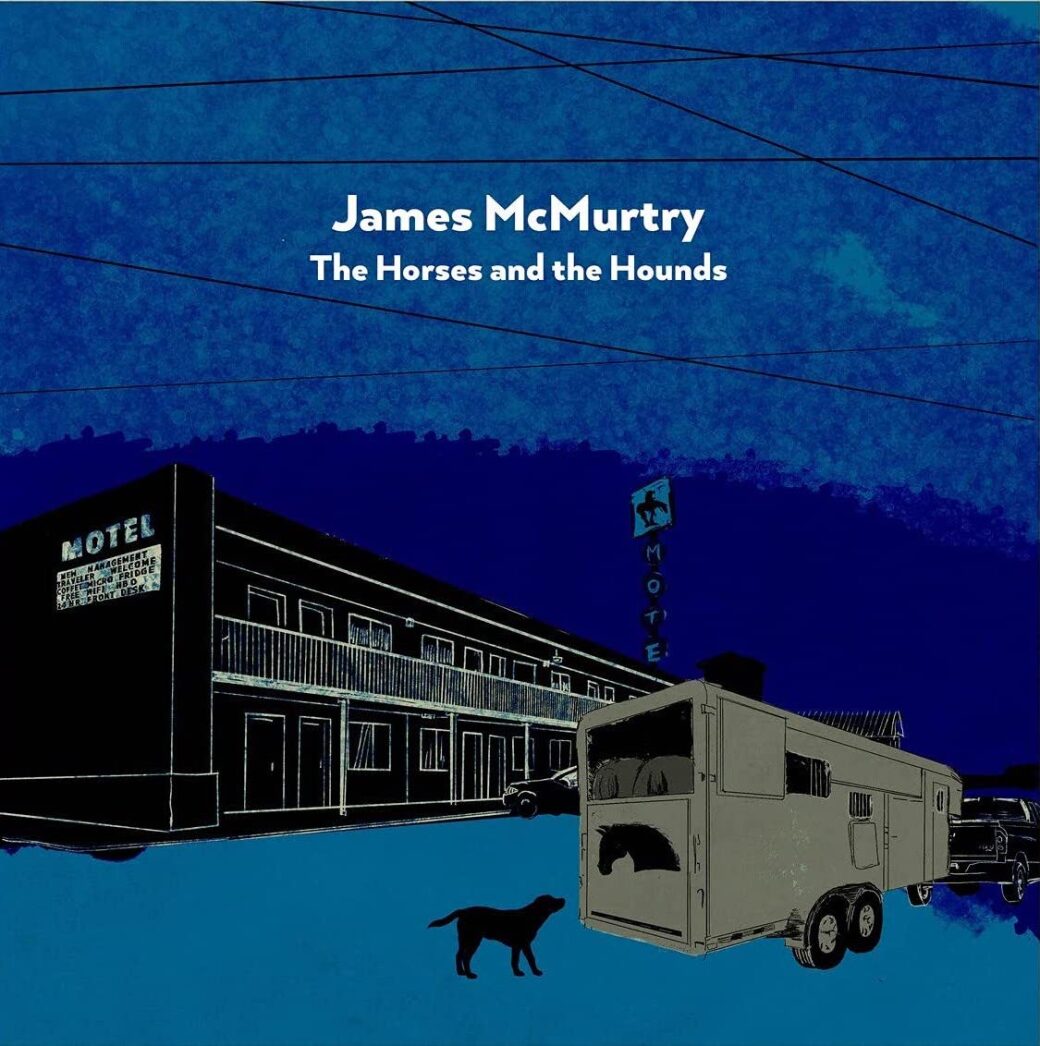 At age 59, James McMurtry still has the fire. The Austin Americana-rock institution still has the voice full of command, pessimism, jaundice and sometimes disgust. His pen comes reliably loaded with stories, observations, and mitigated acid. By turns subtle, sly and sledgehammer-wielding in his storytelling and allegories, political at some turns and simply societal at others, McMurtry has plenty to work with in these times — which have changed considerably since his last LP in 2015 (in case you had somehow forgotten, the year Donald came down that escalator and became a human escalator).

So now, after transitioning to a still-unfolding era of American society that seemed unfathomable to many six years ago, we get The Horses and the Hounds. Frankly, it’s a fairly spectacular record full of not just cinematic songwriting, but also driving rock production by Ross Hogarth and some hooky guitar solos. What might be most surprising about it is how overtly political it generally isn’t, in the wake of everything that’s happened since McMurtry dropped Complicated Game back in ’15.

Sure, there are touches here and there where that sledgehammer comes out a little, and effectively so. The outstanding track “Operation Never Mind” is an illuminating commentary on how TV generally censors the visual horrors of war today, in a way networks didn’t in the ‘60s and ‘70s: “We got a handle on it this time/No one’s gonna tell us we were wrong/We won’t let the cameras near the fightin’/That way we won’t have another Vietnam.” And “Ft. Walton Wake Up Call” has passing references to “Fox News fiction” and “how are they gonna build a wall with no Mexicans, anyway?”

But in general, McMurtry’s telescope here is trained on people and moments that are more personal-sounding in nature, and on the more micro, case-study level: The poetic nostalgia of “cashing in on a 30-year crush” in the country-rock love song “Canola Fields,” the narrator’s casting aside any potential barrier-erecting differences with others in “If It Don’t Bleed.”

In “Decent Man,” McMurtry executes some of the album’s most powerful, gliding language in telling the story of a man who “rode right on off the world just like it never mattered none” and shot a man to death out of pure bitterness of how life had turned out for him: “There wasn’t nothing but me and the hurt and the biting cold and the heft of that gun. … My fields are empty now, my ground won’t take the plow/It’s washed down to gravel and stones/It’s only good for burying bones.”

Between him and Hogarth’s work on the boards, The Horses and the Hounds paints pictures again and again — pictures of reflection, of guilt, of two-lane America, open fields and open frustration. Not the least of those paintings unfolds during the punch-packing title track, where McMurtry vows to “get this rig turned back around” and face what he’s been running from. That’s just a song, though. In reality, there’s no need for McMurtry to take his 18-wheeler in any direction other than the one he’s headed right now. The Horses and the Hounds is a stellar record all the way around, finding seemingly every dimension that exists in McMurtry’s creative and observational headspace. Powerful and eminently replayable, it’s a peak I have yet to hear any other Austin artist scale on a full-length this year.