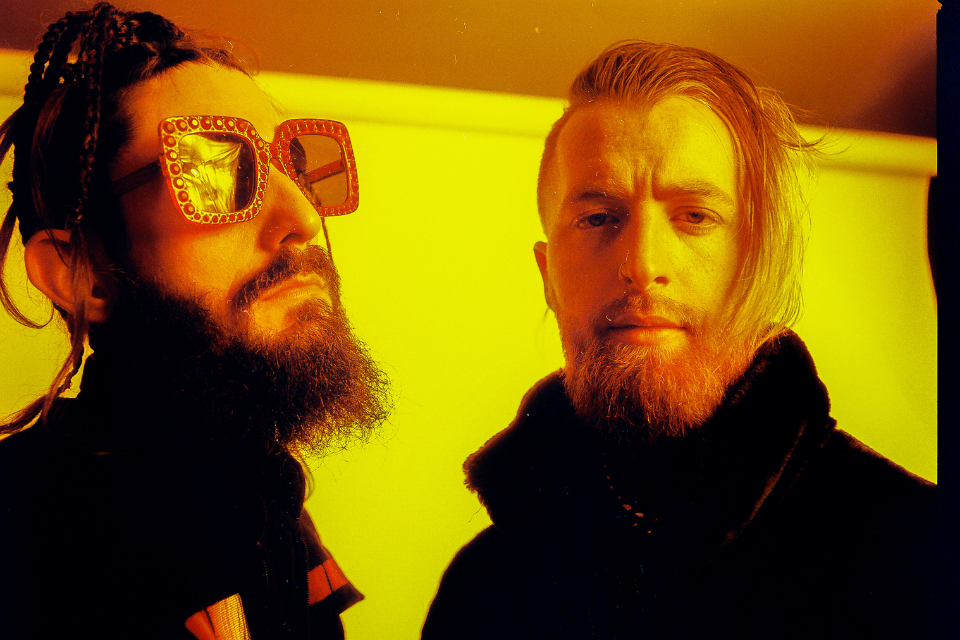 Maybe just a shot in the dark here – but at any point in the last couple of years, have world events and shifts in society ever made you, oh … angry?

MISSIO is right there with you. And after building a well of aggro, the Austin alt-rock duo is letting it out.

COVID cut the legs out from under the band’s 2020 European tour. Two years later, a despotic turd named Vladimir Putin launched a war and did the same. Meanwhile, MISSIO – Matthew Brue and David Butler – grew tired of the art-neutering, tiresome realities of the music industry that manifested in their record deal with RCA. On the flip side, the pandemic proved to be a source of valuable self-realization.

It’s all culminating in a rebirth for the duo as they forge ahead with their own label, Willow Tree, and their fourth studio album slated for October (name TBA), which Brue says will stand out for its aggressiveness. A trio of songs released earlier this month ahead of the new record collectively reflect the place Brue and Butler are in today, which they detailed to me in a candid Zoom interview earlier this month.

“I was kind of left after last year not really knowing how to deal with a lot of these emotions, because I was very confused what’s happening politically. I don’t know who to believe, I don’t know who to trust,” Brue told me. “And outside of politics too, it’s just, so many people have so many things to say. I don’t know anything at this point.

“I was carrying around all this anger and aggression. We both were. And we were just like, ‘Man, there has to be a healthy way to get some of this shit out.’ So we ended up writing this album. There’s a lot of aggression, which I think society needs right now. I feel like we’re kind of holding onto a lot of that, and that’s why people are losing their shit publicly – because they’re not dealing with these repressed feelings all the time.”

I’ve known of MISSIO’s distinctive, darkly toned music for about five years now, starting where most of the alternative rock sphere probably started: with “Middle Fingers,” their top 10 Alternative Airplay hit from 2017. If you thought that fuck-the-world alt-dirge had enough (deliberately paced) anger in it, maybe you should hear “Say Something,” one of the three new ones.

Proudly accelerated to 180 bpm, barely two minutes, and featuring a rare hard-rock guitar charge for the band recalling vintage System of a Down, it’s an angry call to arms, but also manages to be jaded in almost the same breath. “Do not waste my timе with your investigations/I’m a traitor and so are you,” Brue chants forcefully. “Do not waste your timе trying to rob the rich/It’s like pissing on a house fire.”

“Demons” and “We Are Who We Are,” which rounded out the trio drop, both sonically have more in common with MISSIO’s previous body of work, but with lyrical forays into new shadowy corners and new realizations. “We Are Who We Are” (featuring a wildly trippy claymation video animated and directed by TikTok user NOFAC3) is the best of the three, landing on a “be yourself” theme from a remarkably fresh, tastily cynical launch angle. “You don’t need to worry about a thing/We are all fucked-up human beings” is deceptively reassuring.

When MISSIO detailed for me the ups and downs of their recent career chapters, it was pretty easy to see how those events are manifesting in the new tracks. Start with what the major-label churn did to them during their tenure at RCA. Impediments and bureaucracy got in the way of two guys just trying to, in Brue’s words, “write the dopest music possible” – leading them to start Willow Tree, push to own their own masters, and make music their way.

“So continually, we started to see our music was impacted in a negative way, because we were constantly trying to keep up with this system that didn’t give a fuck about us.”

Butler – like Brue, a multi-instrumentalist and producer – references the way the Beatles dealt with business types as they made the album that eventually became Let It Be, as depicted in last year’s Peter Jackson mega-documentary “Get Back.”

“This is a small, tiny, tiny point of context, but watch the way the business guys [operate] – even at their level. I mean, that’s the biggest band [in] the freakin’ world at that time,” Butler said. “And to have to deal with the business BS that they were dealing with, that’s not unique to them. That’s the way it is across the board. At some point, I was actually shocked to see that they were putting up with it. Because at some point … it’s hard for me to see any space where that kind of influence from the business side has a real home in it, for us.

“You have to find a place where you can survive long-term where you actually [think], ‘Yeah, this is where I want to be. This is what I want to be doing.’ And I think all of the COVID, lockdown, pandemic, world shut down, all those things … everything went into slow motion. We were able to pick through what it is about what we do that we love, and let’s just stick on that.”

After five years of “moving and moving and moving,” Brue added, the pandemic offered byproducts to be thankful for. It gave him time to think, to reassess his own life. That constantly full schedule the band had put itself through, Butler added, gave way to a realization that they could (gasp!) say “no” sometimes.

When the world began to shut down back in 2020, MISSIO was on a bus, heading out to play dates in Eastern Europe, including a Moscow show that would’ve been easily their highest headline show ticket to that point. Of course, it never happened.

This year, Butler notes, they had a “poetic” return planned to the same region, as part of a tour of around 30 dates. Moscow and Kyiv – both places they’ve played before – were set to be the anchor shows. Once again, horrible circumstances intervened. They’re hanging onto fond memories of both cities that now are constantly a focal point of world news.

“Those are our fans over there, and it’s pretty powerful that we are releasing music that does speak into all of this stuff. And it’s awesome that they are listening. That goes all the way [back] to us, like Matthew said, getting the opportunity – crazy, oddly – to perform in Gorky Park [in Moscow]. We had our middle fingers up right there with everybody.”

They’re planning to announce U.S. tour dates soon, and get back to relishing that live connection with their fans as they fully navigate their own course for the first time in ages.

“Speaking for myself, I’m so much happier,” Brue said. “I think we get a lot more done. We’re able to discuss things in more depth because there’s just less people involved. I won’t lie to you: It’s a shit-ton of work. But I think both of us would rather take on the workload and enjoy what we’re doing, vs. just having to take conversations and calls that just put us in bad moods frequently.

“At the end of the day, it’s like, what’s better for our mental health? And this was one of the calls that we made.”