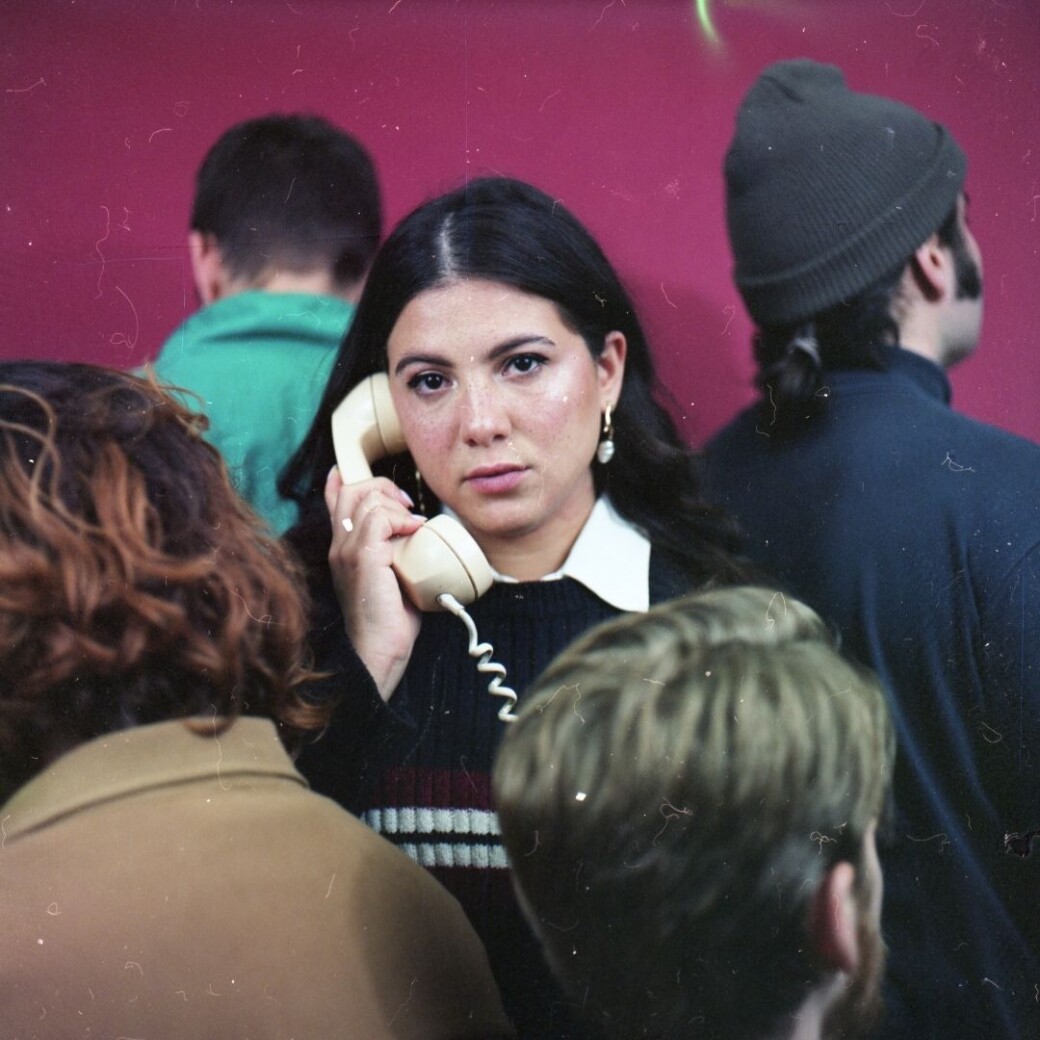 Maybe it’s overly typical to remember a year glowingly in year-end review material. Still, I’ll say it without devolving into broad fawning: I really enjoyed the music of 2021. Picking my 10 favorite albums of the year for the first time on Ear Traffic ATX was a tougher task than I even anticipated.

While I’m not going to enter an official Honorable Mention list into the record, I will say that a number of records I really, really liked didn’t make the cut. Faye Webster’s indie singer-songwriter critical darling i know i’m funny haha, for instance. If my personal predilections were just a hair different, Halsey’s If I Can’t Have Love, I Want Power (produced by Reznor-Ross and well worth your time) could easily have appeared here, too. And for international rock with dazzlingly engaging guitar work, by all means check out Niger native Mdou Moctar’s Afrique Victime, another standout. There are others I could note.

That said, I’ve narrowed my personal 2021 list to 10 full-length records I found to be the year’s most excellent, including two local works. Here they are, and be on the lookout for my usual lists of the year’s best local and overall tracks to follow.

10. Kiwi jr., Cooler Returns
Well, I’m a Kansas City Chiefs fan, so any album that shouts out “Super Bowl Sunday, 2020,” as Kiwi jr. does on the title number of Cooler Returns, gets a leg up. No, but really, that has nothing to do with Kiwi jr. landing here. It has everything to do with the fact that this Toronto quartet’s second album packs tuneful garage-pop at every turn, along with subtle and not-so-subtle wit in the delightfully near-detached vocals from Jeremy Gaudet that have a vaguely Lou Reed-ish feel. This is a smartass record that’s also a smart one.

9. Snail Mail, Valentine
Back in 1999, Sports Illustrated (remember print magazines?) put then-second year quarterback Peyton Manning on its cover with the title “So Good So Soon.” (Last football reference of this countdown. Cross my heart.) Lindsey “Snail Mail” Jordan, now 22 and on her second record, is one of several ridiculously young and good songwriters who brings that cover to mind (along with the likes of Soccer Mommy and the soon-to-be-discussed girl in red. And oh yeah, that Eilish girl.). At the tender ages of these artists, you’re feeling all the feels intensely. But still, how does someone as young as Jordan have the command of words and melody to write songs as good as Valentine’s anthemic wailer of a title track, not to mention “Ben Franklin” or the gorgeous love ballad “Light Blue”? Just as she did on her debut with the likes of “Pristine” and “Heat Wave,” Jordan will stagger you at times here.

8. Shame, Drunk Tank Pink
The second full-length from these skilled London post-punks was one of the year’s earliest great releases, dropping in mid-January. If singer Charlie Steen’s classic acid-teeming British baritone and equally classic pessimistic outlook don’t get you, then the deceptively intricate guitar work will.

7. Sasha and the Valentines, So You Think You Found Love?
Everything about this dream-pop record (top photo) from local transplants Sasha and the Valentines is impeccably constructed, from the twinkling melodies to its wide-ranging ruminations on love to its smirking title that emits shades of “Simpsons” supermarket Try-N-Save. Vocalist Sarah Addi and band keep an intense and winning thematic focus throughout, whether while letting their compositions swirl or giving them a polished radio-friendly sheen, as on “Don’t You Love Me.”

6. Peacers, Blexxed Rec
Channeling many sonic characteristics of the Beatles 1966-68ish, and other psych purveyors of that same era, gives you a pretty solid foundation. Peacers take that inspiration and make it their own with an indie-psych near-masterpiece in Blexxed Rec. With multiple songwriting voices, reverb-choked, hummable melodies (“Ms. Ela Stanyon’s School of Acting”), fuzz (“Dickdog in Paris”) and contemplative, smoky-room ballads (“Dandelion,” “Make It Right”), this album is a modern treat for anyone who digs through record store shelves for a Creation or Electric Prunes obscurity. It’s also another great addition to San Francisco’s long psych legacy.

5. Billie Eilish, Happier Than Ever
As hyped as any record this year for obvious reasons, Happier Than Ever essentially lived up to it, with the sibs O’Connell (Billie and producer brother Finneas) combining to bring both Billie’s sound and lyrical perspective to a new level of maturity and often spectacular alt-rock-pop beef. I’m still struck by Eilish, freshly 20 years old as I write this, opening the album with “Getting Older” and the supremely world-weary line “Things I once enjoyed just keep me employed now.” But she goes on to new heights of self-exploration with the building, club-intense darkness of “Oxytocin,” a fresh young spin on angry rock power ballads with “Happier Than Ever,” and the soul-searching of “Male Fantasy.” On an album that offers 17 tracks and clocks in at nearly an hour, not every offering is a gem. But the overall work is comfortably an achievement that justifies Billie’s place in the superstar realm.

4. Parquet Courts, Sympathy for Life
While still finding time for the high-energy rockers they’re best known for (“Walking At a Downtown Pace,” “Homo Sapien”), the best rock band going today tries on some new hats that fit on Sympathy For Life. Parquet Courts have never been strangers to finding new stylistic paths off their broad garage punk base. But one of the best left turns they’ve made thus far in their career comes on “Application/Apparatus,” a fairly out-there slice of industrial robo-rock weirdness that brings to mind an edgier incarnation of Devo. The album’s title track and “Zoom Out” are more imaginative explorations of the band’s funkier leanings than the title track of 2018’s “Wide Awake.” Overall, Sympathy For Life is perhaps a step behind that wonderful previous record, but it’s still one of the year’s best.

3. girl in red, if i could make it go quiet
One lyric line I didn’t mention earlier this year when I reviewed this magical debut from dream-pop prodigy Marie Ulven encompasses at least half the secret sauce of if I could make it go quiet. In the chorus of “Body and Mind,” she sings “My heart’s out, my guard’s down.” And there lay some of the 11 herbs and spices. As girl in red, Ulven is vulnerable to a staggering degree that might be occasionally embarrassing if she wasn’t such a word-gifted chronicler of emotional turmoil, insecurities and struggles in love. If you got sick of the rumbling, Finneas-produced hit “Serotonin” that got more than its share of radio play and probably defines Ulven to most casual listeners, then by all means just dive into everything else here. It’s all accessible and relatable, from the high-charged frustration/hilarity of “You Stupid Bitch” to the shimmer of “Midnight Love” and “I’ll Call You Mine.” Then, go find girl in red’s earlier stuff like “we fell in love in october” and enjoy the hell out of that, too.

2. James McMurtry, The Horses and the Hounds
The local folk-Americana veteran earned this blog’s first-ever five-star album review for The Horses and the Hounds, driven by unimpeachable, insightful songwriting. McMurtry’s social, political and introspective observations on the likes of “Canola Fields,” “Operation Never Mind” and “The Horses and the Hounds” generate impactful imagery and penetrating hooks again and again, and Ross Hogarth’s production finds the right touches every time – including a few touches that are more like slams, producing occasional guitar-fueled rockers for the open road.

1. Amyl and the Sniffers, Comfort to Me
Snarling, electrifying and galvanizing, Comfort to Me is everything a pure punk rock record should be, and then some. This Australian quartet led by razor-tongued vocalist Amy Taylor displays relentless musical muscle, and Comfort to Me is chock full of effective would-be mission statements by Taylor and boiled-over guitar work from Dec Martens. Taylor rages through compellingly worded takes on bodily autonomy, exploitation, unfair perceptions of women, frustration in love, and the need to just get out and live. With its pleas to “Take me to the beach, take me to the country,” “Hertz” is easily received as a quarantine-era anthem that also doubles as a bashing love song, illustrating how Taylor can be multiple things at once. By the time she gets to warning, “I’m free from a shackle, I’m free from a chain/My body’s just a body, my name’s just a namе/Don’t, don’t fence me in” two-thirds of the way in, it’s already clear that Comfort to Me has bulldozed every fence around it.